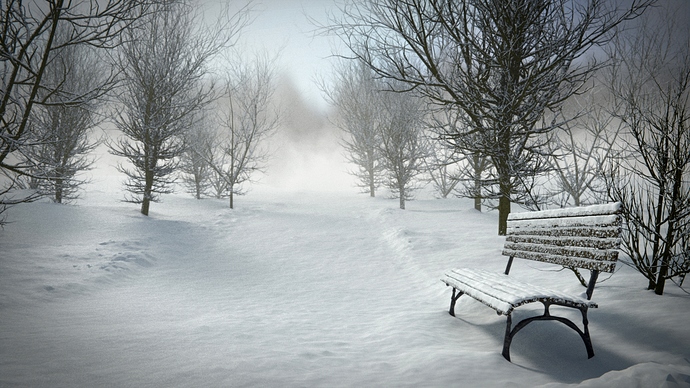 Without a doubt, the most realistic winter scene I have scene. Awesome job on this.

The snow is quite simple (0.5 rough diffuse + low glossy with noise).

Some elements were made with the Sapling Script, the others with Arbaro. I’ve still edited most of the trees, but just to kill the high polygon count.

Very nice. The snow is fantastic.

Stunning work! You got to make a tutorial

Stunning work! You got to make a tutorial

There isn’t enough to say for a tutorial, but here the basic hints:

I will repeat too: the snow looks good

How was made the snow on the branches and the bench? Particle systems + weight paint?

edit: i read you post after i ask, probably was waiting for mod approval…

The rest of the bench, and the trees, are very much alike; A diffused material, mixed with a simpler version of the snow material… (better if i post a pic) 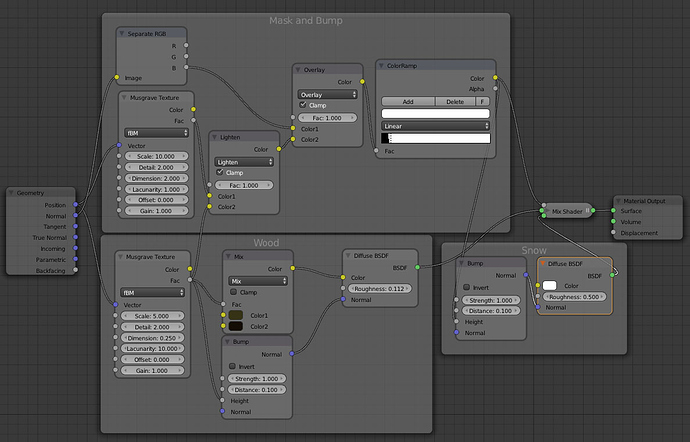 And again thanks for ur appreciation.

How long did it take to render? Nice picture, by the way.

Looks awesome! Could be a photograph.

Nice work , the fog is how is this done ?