Women in Afghanistan and Iran!

Although this is very late but I have decided to start a thread on the women in Afghanistan and Iran. How much they have suffered is unknown to most of the world, so I will share any news related to them here on this thread.

We are living in the 21-century and we’re still discussing whether we should treat all humans equally or not!

On 16 September 2022, a 22-year-old Kurdish woman, Mahsa Amini was killed in Iran for not wearing her hijab/headscarf properly.

Mahsa Amini also know as Jina Mahsa was a 22 year-old Kurdish woman on a vacation to Tehran with her family.

On 13 September, she was arrested by the morality police for showing a little bit of her hair while she was in her family car. According to her family and local media, she was severely beaten in their custody. Later, she was admitted to hospital, during which she died in coma.

This unfortunate death has led to the demonstrations and riots now in Iran. Women and men are fighting shoulder to shoulder, against this gender apartheid and will stop at nothing!

The Taliban have reportedly ordered male doctors NOT to treat female patients.

So, if women are BANNED from university & can’t study to become doctors, and now can’t be treated by male doctors, then what are they supposed to do? Die from sickness?

On 20 September 2022, 16-year-old Iranian Nika Shakarami, disappeared in Tehran during the protests ten days later her family was informed of her death.

Nika Shakarami participated in the protests against Mahsa Amini’s death on September 20. She went missing after protesting and telling a friend that she was being chased by the police.

Ten days later her family was informed by the Iranian authorities about her death. The late teenager’s family were not allowed to see the body and were only allowed to look at her face for a few seconds for identification purposes.

Shakarami’s mother and aunt saw that her nose had been smashed and her skull was broken. The official death certificate cited “multiple blows caused by a hard object” as the cause of death.

The Iranian authorities claimed she died due to falling from a height, but her family stated that the photos shown to them appeared unusual. Her family was threatened and told not to hold a memorial service for her, which they had planned to on October 2, which would have been her 17th birthday.

The death of 16-year-old Nika Shakarami enraged citizens and led to high school girls joining the anti-government protests in large numbers on October 4.

On 21 September 2022, 22-year-old Hadis Najafi was shot and killed by Iranian security forces as protests broke out over the death of Mahsa Amini following her arrest by the morality police.

Part of Iran’s Generation Z, Hadis Najafi was a young woman who grew up in the age of the internet and social media. She was an avid user of TikTok and Instagram on the latter she had over 100k followers!

She worked as a cashier at a restaurant and loved sharing fashion on her Instagram, styling her hair both with and without her hijab - but only in the safety of her home or other private places.

After the death of Mahsa Amini, Hadis Najafi took to the streets to protest against Iran’s strict hijab laws and was killed after she was hit by several bullets.

She was reportedly struck in the chest, face, and neck with bullets fired indiscriminately by security officials.

Reportedly, Najafi was taken to Ghaem Hospital where she was pronounced dead. Hacked medical records confirmed that the 22-year-old died after suffering from swelling of the brain.

After two days, the family agreed with authorities not to have a public funeral. On 23rd September, on a Friday morning for her funeral, they let her crying mother and sisters see her face, to make sure they were burying the right person. After she was buried, her sisters Afsoon and Shirin decided to publish her photos and tell people she was shot.

On 15 January, at 3 am, Mursal Nabizada, a former female member of Afghanistan’s parliament, has been killed by unknown gunmen at her home in Kabul, police said.

Nabizada, 32 years-old, had been a lawmaker until the Taliban took over as foreign forces withdrew in 2021, when many politicians fled the country.

“Nabizada stayed in Afghanistan to fight for rights of women and girls,” said Tirana Hassan, the Interim Executive Director at Human Rights Watch. She was very critical of Taliban and their policies.

On Saturday at about 3 am, Nabizada and her guard were shot dead in the same room. Her brother and a second security guard were also injured.

Nabizada’s relatives called on the Taliban administration to arrest the killers, saying she had no enemies.

The men-only Taliban government has excluded women from nearly all aspects of public life. Women are required to cover their faces or wear the Islamic hijab. They have been banned from secondary and higher education, public sector work, nongovernmental organizations, and even from visiting public parks and baths.

Sarood e Barabri or The Anthem of Equality sung by the women of Iran. They are chanting, “they punish us for being a woman (zanam), a woman, a woman!”

Some of the women shown in the videos in this song were killed.

Nika Shakarami, Hadis Najafi and the girl in the start and end of the song, Mahsa Amini!

On 20 September 2022, during protests, a 62-year old woman named Minoo Majidi was killed by direct shooting of the anti riot police at Nobahar street in Kermanshah.

Minoo Majidi was a 62-year old, Kurdish woman, who lived with her husband and 3 children in the city of Kermanshah. She always believed in freedom and was a really active person according to her daughter, Roya Paraei. She liked sports, literature, and for a while she did some horseback riding.

After the death of Mahsa Amini, when the protests erupted in Iran, Minoo aslo participated in them, fighting for women rights and against the gender apartheid in Iran.

On Sept 20, Minoo Majidi, was chanting slogans with other protestors when security forces on motorbikes shot her at close range. She died with 167 shotgun pellets in her back.

Her body was not given to her family until her funeral, and her medical records were kept a secret. The funeral ceremony of Minoo, was held on 22 September 2022 at the Mina Abad Cemetery in Kermanshah.

After her funeral, the daughter of the deceased, Roya Piraei took a photo of herself with cropped hair and bare-headed standing by her mother’s grave in Iran. She held the hair she had cut off in a symbol of solidarity with the protests.

The photo quickly went viral on the internet, and she had to leave Iran for her safety. Her photo became a symbol of protest for the women of Iran. The President of France, Emmanuel Macron met with her during the meeting with Iran activists in Paris, and the actress, Angelina Jolie interviewed Roya herself. 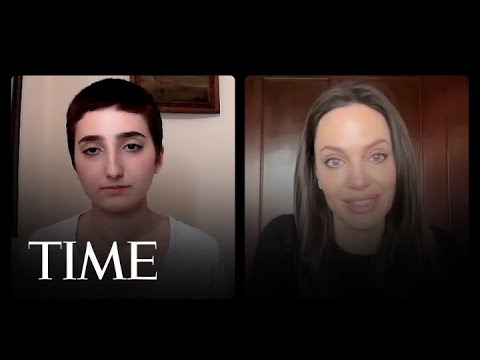 Amid the ongoing violation of the rights of Afghan women under the Taliban regime - banned from universities, as well as, from working in non-governmental organizations (NGOs), Taliban spokesperson said in a statement that overturning restrictions against women is not a priority for the group, reported Khaama Press.

On Saturday, they said that it would not permit any act that violate Islamic law, and the concerns regarding restrictions on women’s rights will be dealt with according to the established rule of the group in the country.

Meanwhile, women in Afghanistan are disappearing from the public sector. Their shops, schools university are closed down. The dark ages for them have come back, where their health, security, education, well-being and social life is not considered a priority.

On 23 September 2023, Sarina Esmailzadeh, a 16-year-old YouTuber, was killed in a baton attack during a protest in Karaj.

Sarina Esmailzadeh, was a 16-year-old, accomplished student who spoke English and French aside from her native Persian, according to media sources. She was also a YouTuber who shared videos about topics such as women’s rights, freedom, food, music and dancing.

On 23 September, during the protests near her language school, Sarina was reportedly beaten by the security forces on the head. She died from her wounds on the way to a house for medical treatment.

Her family searched for her for 10 days before authorities handed over her body, according to the Metro. While repeatedly attempting to retrieve her body, security forces mocked her mother, telling her that her daughter was immoral and a terrorist.

Young girls are being killed in Iran right now, just because they are protesting for equality and want an end to gender apartheid! 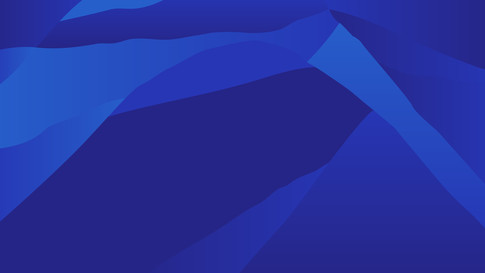 Women’s rights in Iran – what next?

2022 saw a wave of women led protests in Iran, earning widespread international solidarity. What is the outlook for Iranian women in 2023, and how do we secure their civic space

A very interesting and informative interview of Masih Alinejad, an Iranian Women Rights activist, on the current situation in Iran.