For anyone interested, I’ve shared my Custom Blender Setup (2.79) here.
And the early works of the Custom Setup for 2.80 here
… 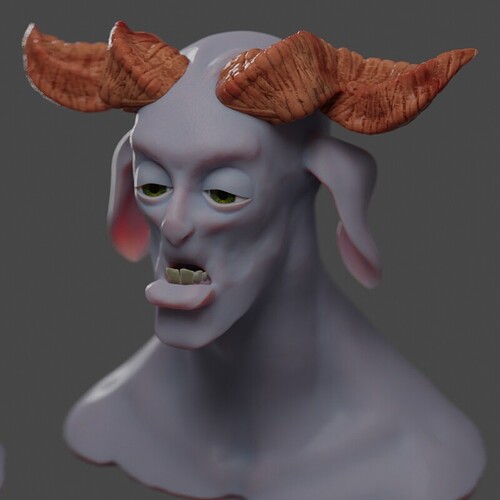 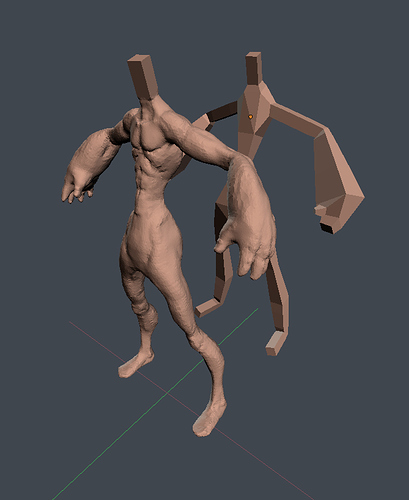 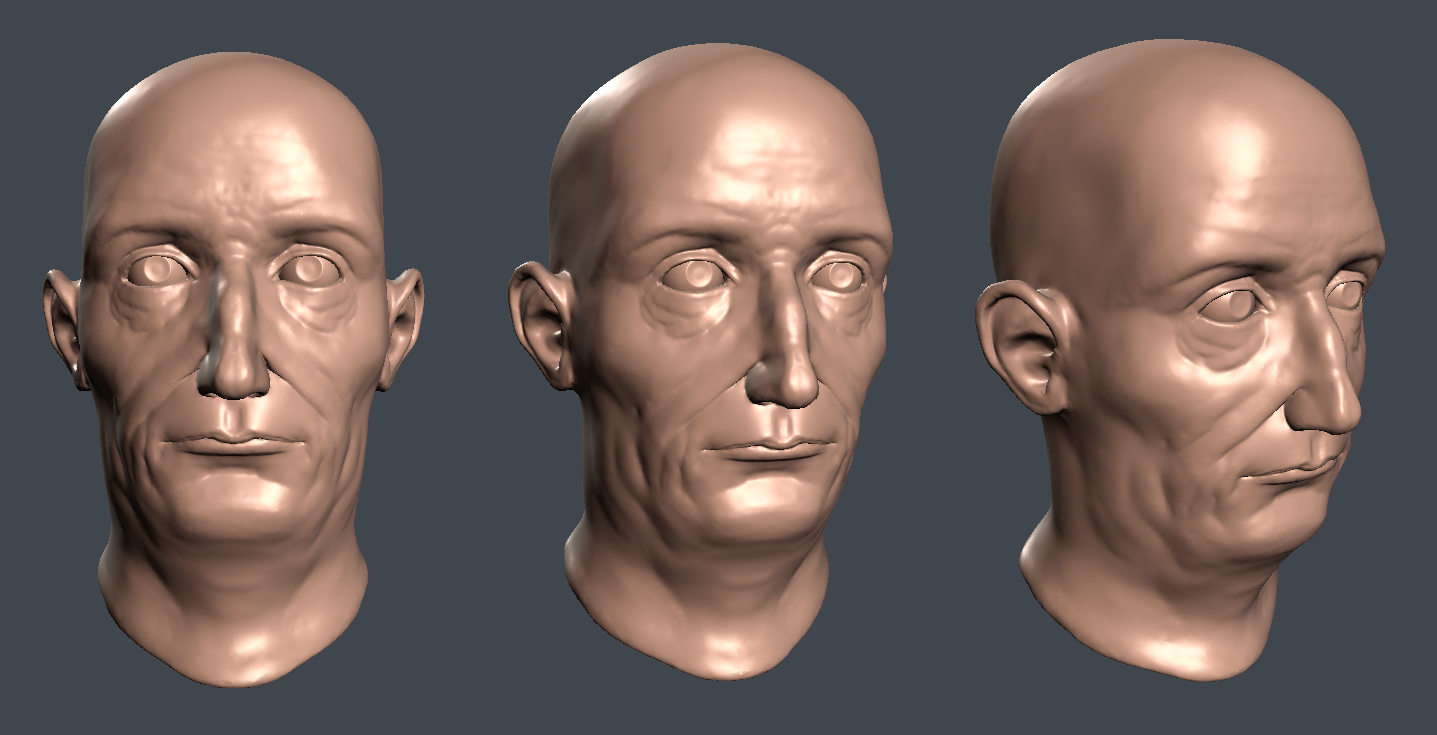 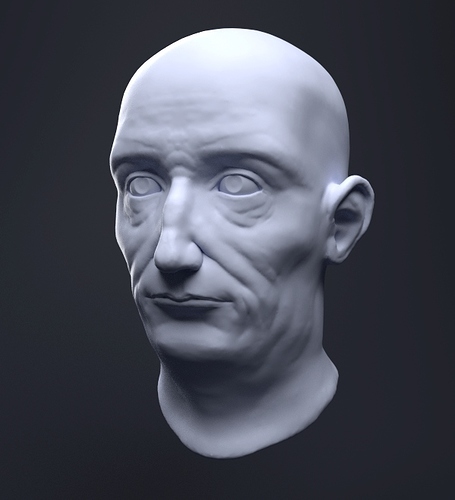 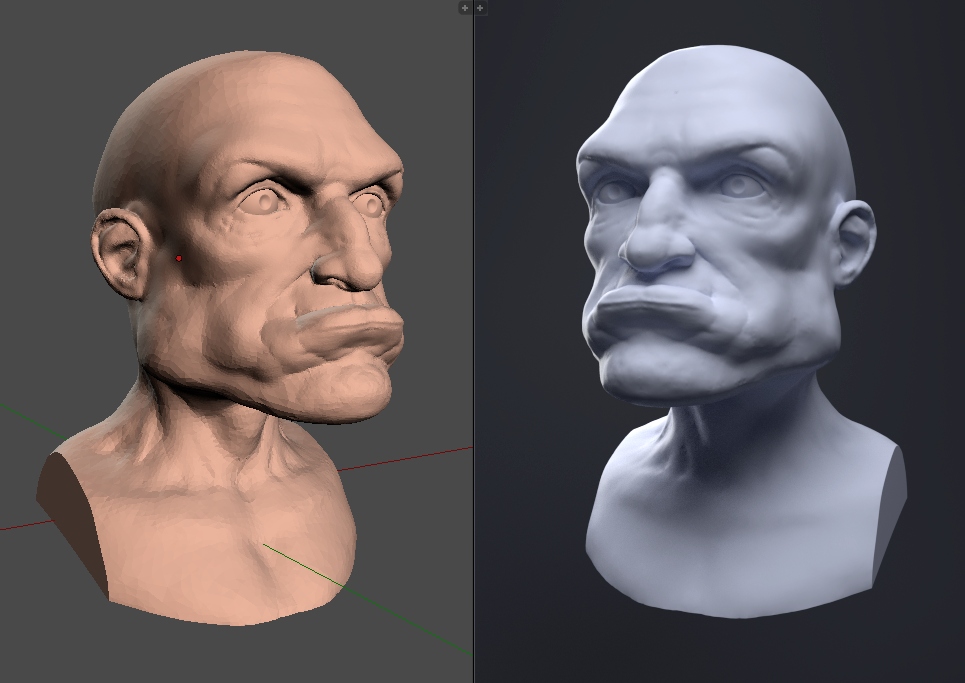 nice! it’s really cool to see a WIP gif like that 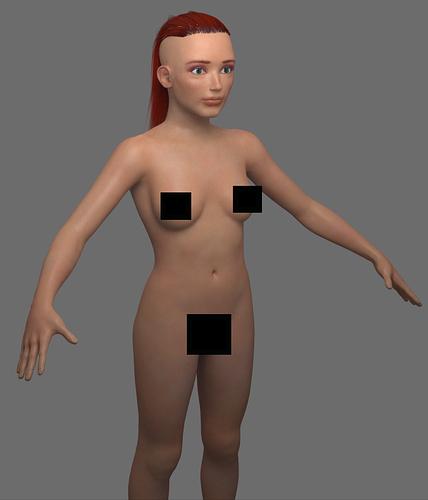 this was sculpted in 3d coat. rendered in cycles

sculpted in Silo, tweaked the sculpt in sculptris years later. rendered in cycles 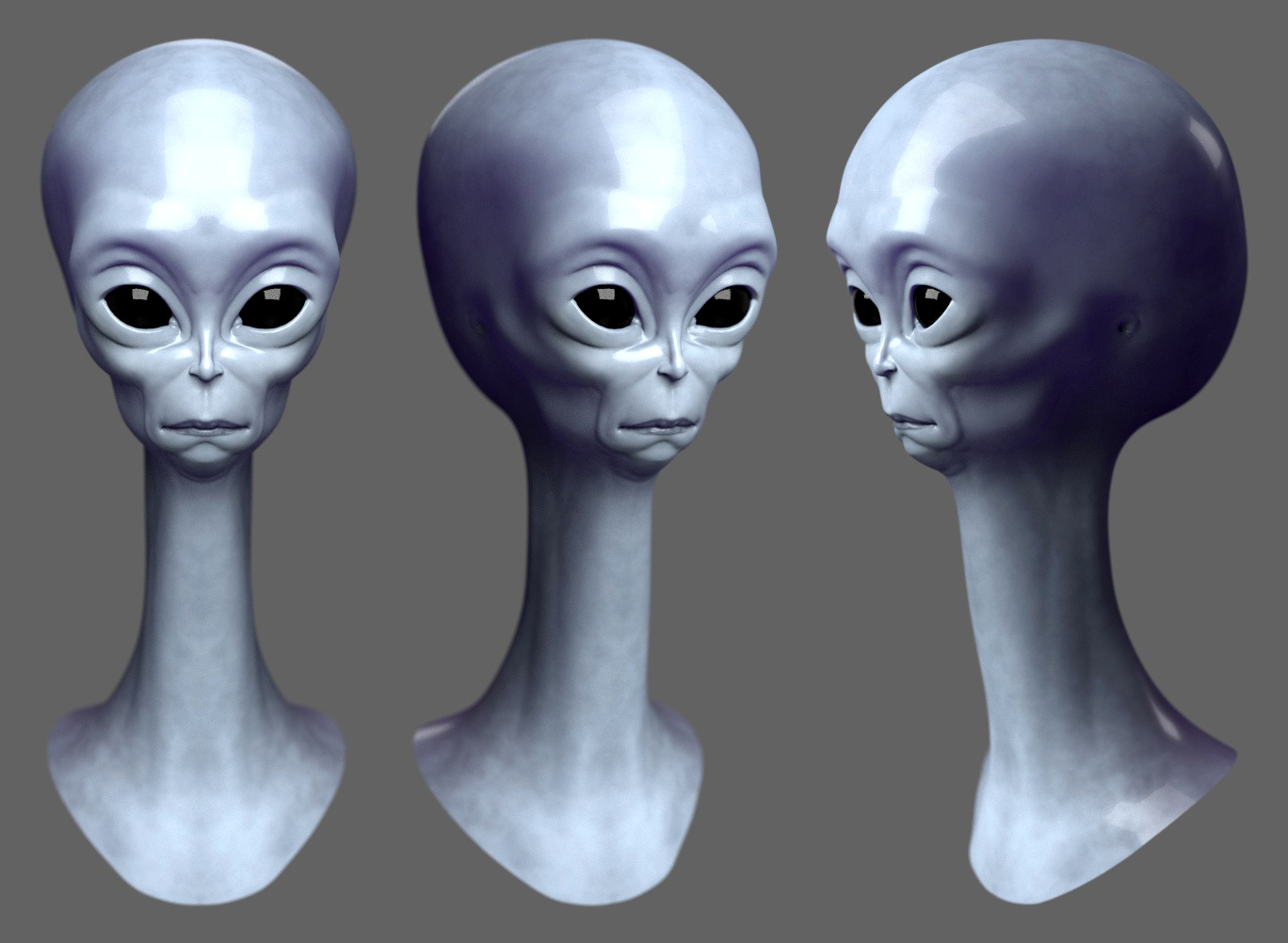 latest sculpt
dyntopo, rendered in cycles with Microno’s SSS shader
this one is loosely based on a concept from a friend from work. still a WiP 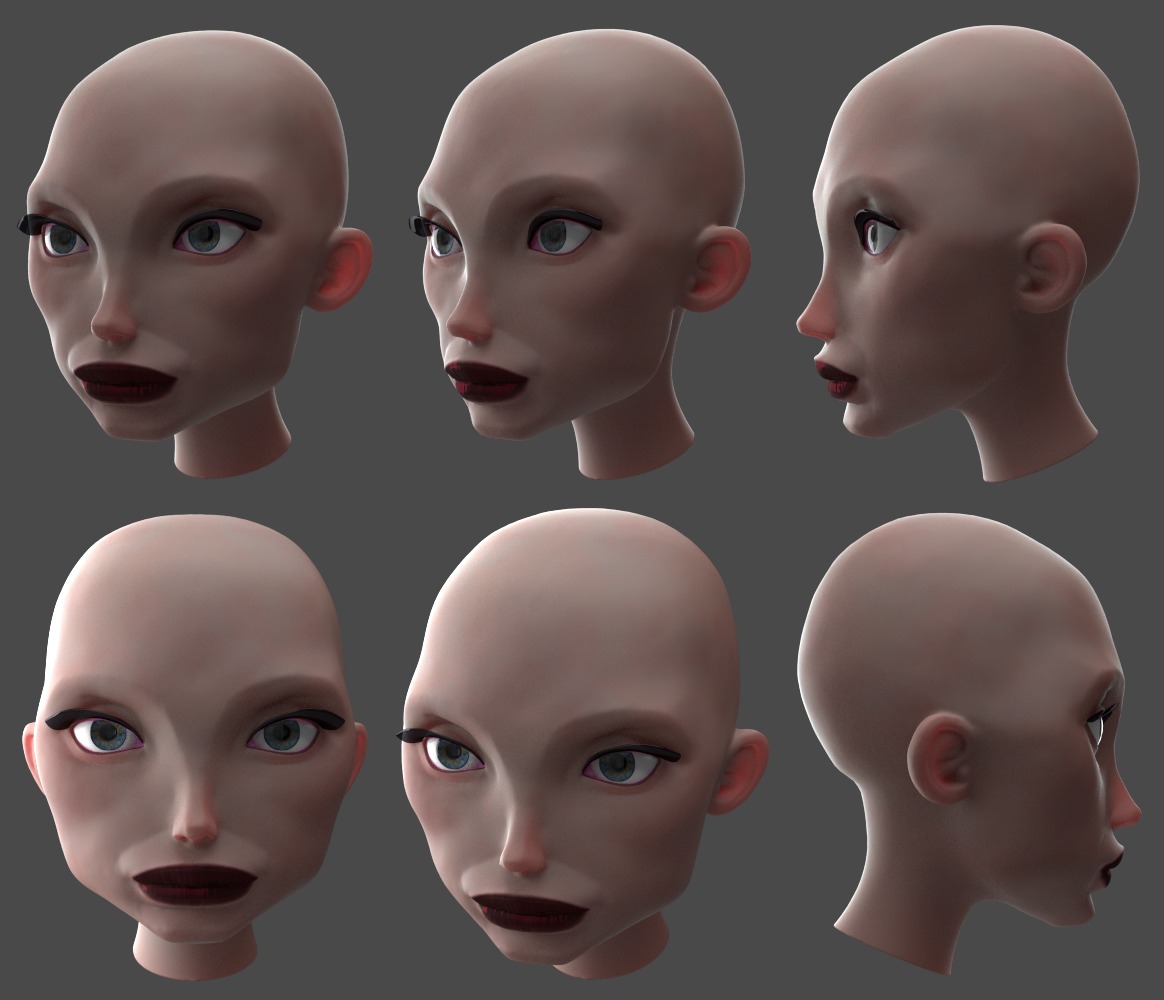 great orange,did you ever mention how you made the gif?

love the shapes on the last female sculpt.

Jeepster, hey thanks!
ng-mat, thanks! I make those GIFs by loading my saves and taking screenshots. I set my view then append from first to last files, taking screenshots, deleteing everything and appending the next file. Manual labor

Here’s the timelapse of the stylezed girl.

i love your sketchbook. I am amazed with them. Very nice and diverse. Keep at it sir

oh! lids are merged to the model by booleans? i like learning this kind of tricks…

I didn’t know you could apply the boolean modifier and then convert it back to a dyntopo mesh.
Good to know. The animated gifs are a real eye-opener. Thanks for posting them.

masterxeon1001 | Thanks, much appreciated. I kind of try not to do the exact same thing over and over again.
michalis | Thanks!
F i L | I was wondering if anyone was gonna catch that. First time I did lids like that, worked out well.
Kaerhon | Yes. What I had done was used surface snapping to create a patch of polys, added a Solidify modifier, and booleaned to the bust. Quite faster and easier to edit that sculpting from scratch.
oddbody | Yeah, booleans definitely give blender an edge with Dyntopo. You can punch holes, trim surfaces etc. I’ve sculpted the ear from a cylinder than booleaned to the bust, just easier to work on a mesh where you don’t have to fight surrounding geo. The neck was modeled off a cylinder and booleaned. Glad you enjoyed the GIFs.

I had a minor update with that toon girl.

Started a new one, trying to sculpt something in pose. All blender so far. 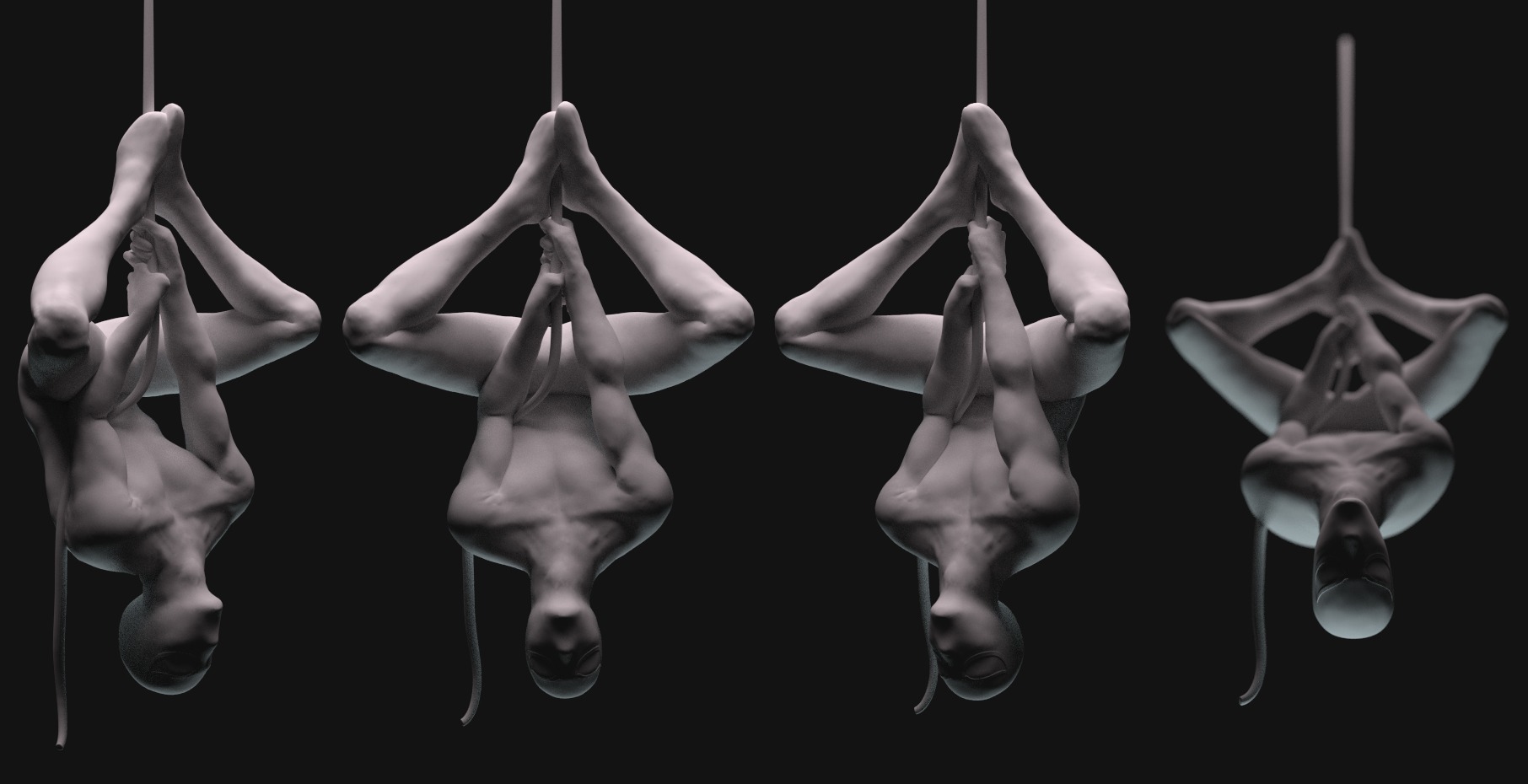 Great work!:eyebrowlift::eek: great spidey!
I want the same at home!(attached to the ceiling of my bedroom!)

Dude, have you ever tried Blender’s screencast feature for timelapses? I’ve only used it a few times (a few years back even), but I got nice results with no discernible performance impact. Maybe I’m just behind the times?

Really beautiful work, by the way! Only thing that didn’t strike me very well was the lower facial structure of the female; I feel that her profile suggests a much narrower jaw than is evident from the front view.

Great work, OrAngE!
Lovely shapes. Thanks for the process gifs!

Amazing stuff. I love the gifs as well.
Keep it up man!

filou.rod | Thanks!. Much appreciated.
BlendRoid | Yes, I know of the Blender’s screencast feature. But all these GIFs were done after the model was already completed as I did not plan to capture the timelapse at the beginning. Thanks on the comments and feedback. I see what you’re saying, will try to tweak that when I get back to that model.
DorienVincent | Thanks.
sick | Thanks on the feedback. BTW, don’t know if I ever mentioned this, your timelapse videos actually inspired me to try out blender for sculpting. Great demo of dyntopo and the whole workflow. Keep 'em coming, always a treat to see them!
AlinB | Thanks.

Here’s a quick bust I got off a sculpt jam yesterday. I’ll try to make a GIF soon.