I get this error as a window, then the same error shows in Blender’s python error popup thing, then it crashes. 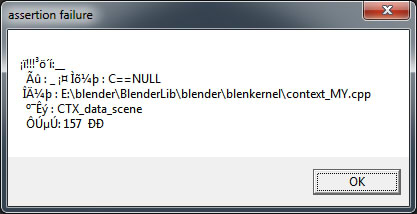 Note: I can’t use F key without first changing it, because I set it for my own thing.

I’d love to see a character animated with this

thank. That is good

"
How do I fix this? Does this addon work in linux?

it’s only for Windows ,not suport linux.

Looking great. I will try your ghost IK addon. Will it work with BGE?

could this work with blender renderer?because it becomes black when I put it in that mode.

Not sure if that’s how this works. You sure you’ve got lights in your scene if you’re in material view mode?

I found out what I was doing it wrong.this is pretty good for animating.

the new update vertion has improved the dynamic ik function though it’s still in W.I.P

I’m sad that I can’t benefit from this really promizing addon, since I’m on mac OS.

I wish just gently suggest that you specify somewhere that the addon is Windows only, because Blender is multiplatform, and its addons are usually so too.

because this addon is mainlly written by C++ code, to make it work on other platform need to compile the code in the specific OS , I don’t use linux or mac OS , sorry for the iinconvenience.

thanks for your reply, I can undertand and I don’t complain, rather I appreciate your commitment and work anyway.
Though I suggested you to clearly specify this limitation in your first post, or even in the title, because it is an important information imo.

If I’m understanding it correctly, your IK system also allows for certain physics-like movements? The tentacles look really impressive. It reminds me of Jiggle Armature 2, which apparently ceased development, so this is good to see.

And I love that you’re tackling an IK approach that works seamlessly with FK manipulation. It reminds me of the “Auto IK” option for posing, but I would assume with more control. I’m guessing you can limit the IK chains?

Do you have a github page or somewhere that you keep the code?

Good to see addon updating! Thank you very much.

@imdjs Last year I posted an error image that I received before Blender crashes, when trying to run the operators from this addon.

I just downloaded the addon again and tried it in the daily build, and 2.79.0 stable build.
I currently receive a python errors but no crash.

The first error I receive is this:

And this is the second error:

The python files are filled with Chinese text, making it VERY hard to read and very difficult to try to fix for myself.

I want to give this addon a legitimate try but the errors prevent any usage, whatsoever.