Update with proper motion blur & Depth of Field, made the bugs smaller and less fast, made the ground less sandy and more dirt like since its supposed to be a lake and not the ocean. Nearly there OMG it’s been so long since I last posted here that I can’t even remember when it was!

Anyhow, without going into mumbling about myself here is my current and latest project, a Raptorex dinosaur.
Here is both the skin only version as well as a feathered version (I have a few dozens versions of skins and feather textures for this). It is fully rigged with my own muscle system which performs rather well., Well over 200 hrs on this. Now that I am satisfied with the look he or she has its time to animate a few variations of this into some scenery

Comments, suggestions and Critics are of course welcome. Cheers! Here is the skeleton and the muscle system base. 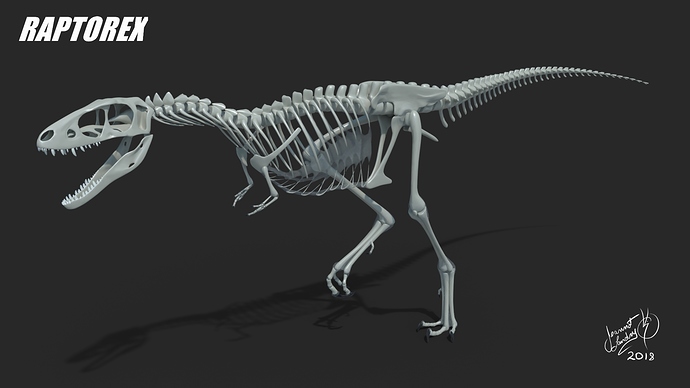 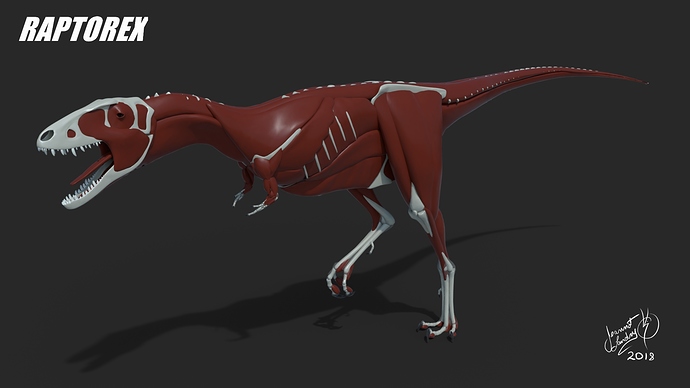 The model looks nice, maybe the mouth a bit darker. Will you also post an animation with the muscle system? and explain a bit how you made it? the skeleton looks really nice.

Well, explaining how I did it in writing would be too long and too complex.
But here is a few animated GIF of my simple ugly test walk cycle. Starting with the skeleton.

Low quality render of the walk cycle test with skin only.

Yes ! I think that you do a good job, it’s look real and i love his feathers

The skin moving under the throat it’s just crazy!

How do you do a musculo Skin ? Do you can give a bit of informations please ?

Wow this looks amazing. Also that skinning you did is very cool. If there was a tut I would definitely watch it

Will you do a video about it because i also want to know how you made the feathers? Looks so cool!

Those are all very complicated to answer by text. I will eventually make a course and maybe sell it on the blender market. My plan is to create a bunch of very realistic models that can be used for film and that I can sell on the blender market for a fair price because its a huge amount of work to create!

Currently creating sub fur/hair trying to create kind of down feathers. Trying to finish the close up look basically so I can then animate this bad boy and sell it on the blender market.

Updated the feathers, much much better now. Put back the displacement and bump on so now its much more realistic on close up shots 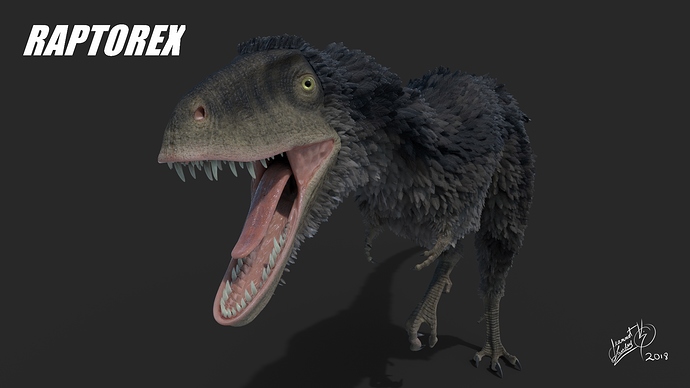 I am very pleased with how it came out. Ready to animate and create some kind of promo video and such to sell it on the market

P.S.: the white at the tip of the tail is a feather that is basically perfectly reflecting the light! 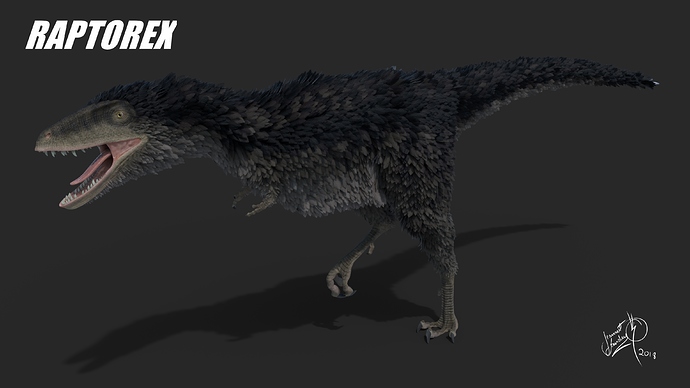 Here is another 4K, more of a close up so we can see the details better 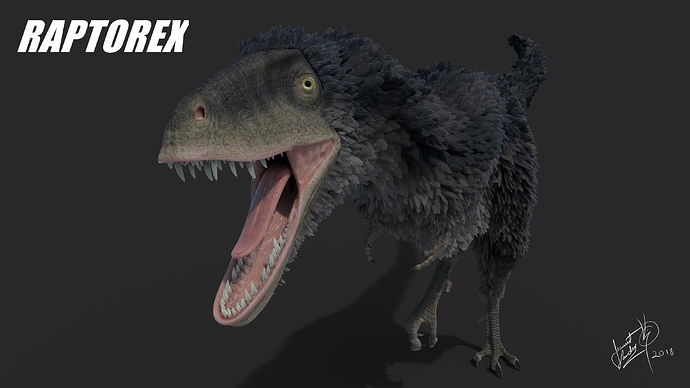 The unfeathered raptor, I like him much.
The one with feathers rather puzzles me. It is the sharp edge on the head, where skin starts to be covered by feathers.

Mh … do you use a specific plug-in for muscles? Or, hand sculpted muscles + softbody + shrinkwrap (for skin)?

Yhea I am still trying to make the feather blend in, I think I need to add a coat of tiny fuzzy like fur to mimic under plumage of the down feathers. Of course everybody likes the non feathered version because its much similar to Jurrasic World like dinosaur. I did the feather version because I know some people would be like “Its not scientifically accurate!” so I decided to do both versions which are probably going to be sold separately. And also because I wanted to learn how to properly make feathers (it was not easy to figure out

For the muscles, I did buy and try both muscle plugins on the blender market, but I was really disappointed and didn’t like the rather unexpected results, its wasn’t as I expected. So I ended up doing my own using lots of patience, research, careful modelling, and well, you’ve pretty much answered your own question there

It rather works well but has its limitations. I have a few ideas for a few improvements and also to add better tendons, veins, fatty tissues and wrinkle system. That will be for the next one since I already like this one and am satisfied how it turned out. This one don’t have tendons, nor veins, nor really fat, nor any wrinkles. Its just plain but it sort of works, especially covered in feathers

I’ll try to make a nicer transition from skin to feather and post the results once done.

I appreciate the feedback.

@ Leonard_Siebeneicher
Is this transition any better? I cannot find any good reference on google really. 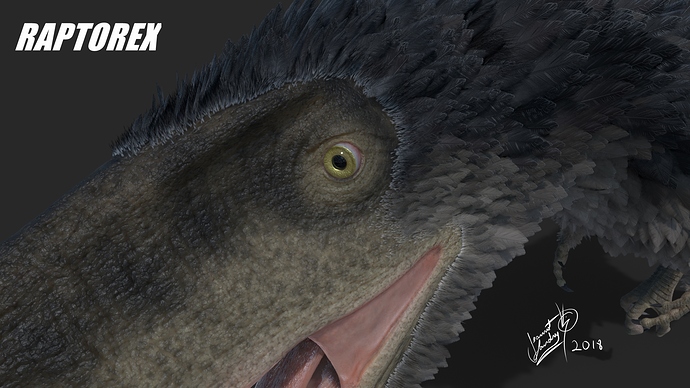 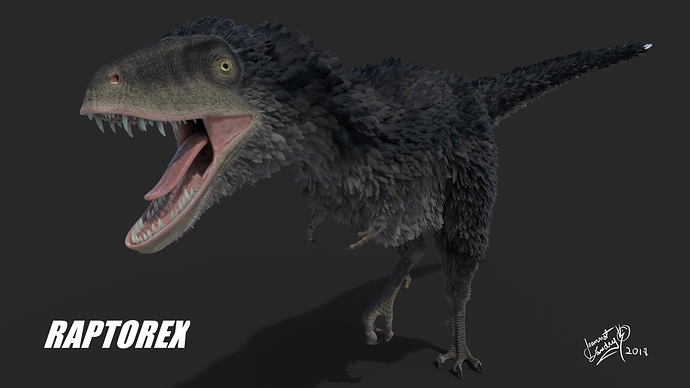