some new doors. More to come. 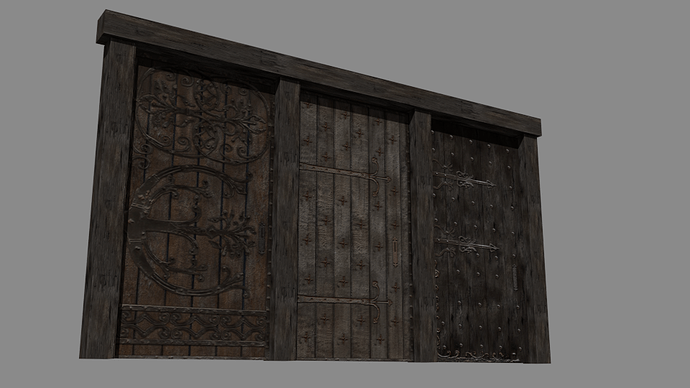 am making realistic bumps on those ones ! looks great !!!

A shoemaker: with and without textures 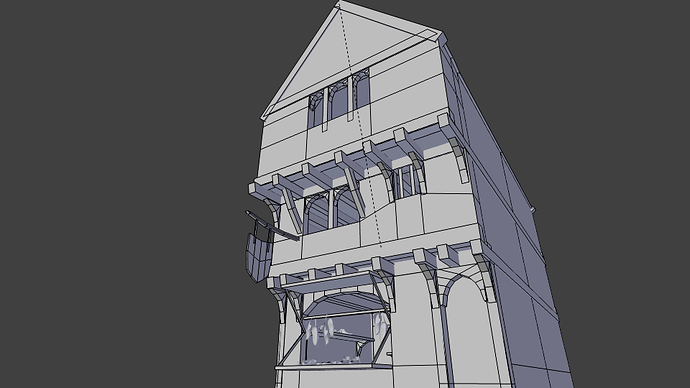 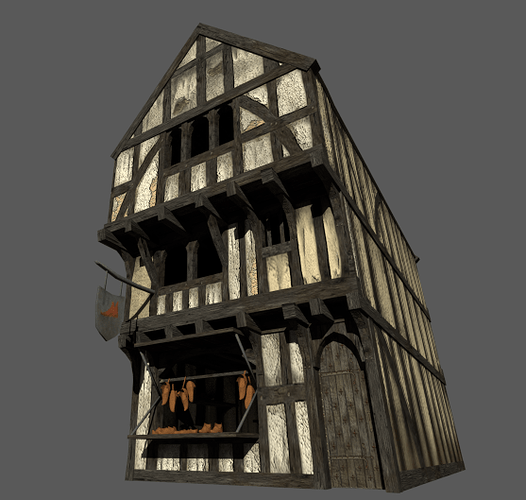 honestly i prefer WITH textures

and what about a lil well ? would avoid people dying of thirst

Hehehe yeah, unless they don’t want to drink directly from the moat haha! 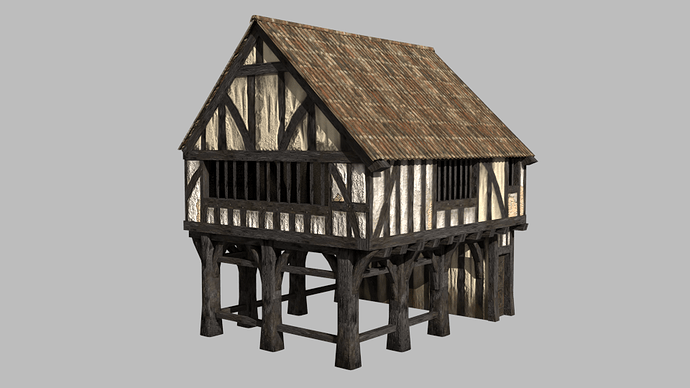 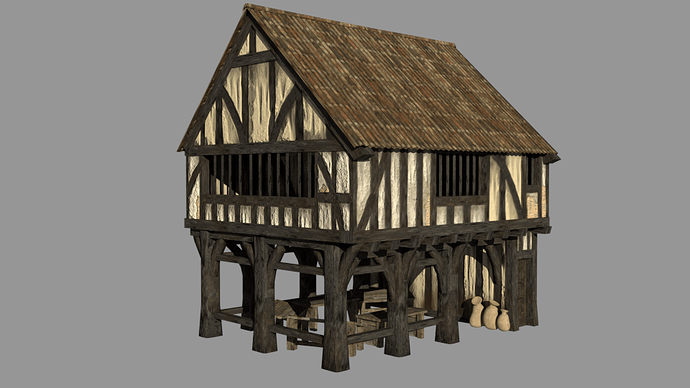 Just amazing, as always. The roof of the market hall is tiled isn’t it? It looks a bit like corrugated plates in a brownish color.

tiles should be modeled in a mesh, and rendered to a bump so that they look correct

Here are the latest creations. The textures are not HQ, these are the low quality textures I use for mapping… Alpha maps not applied yet. 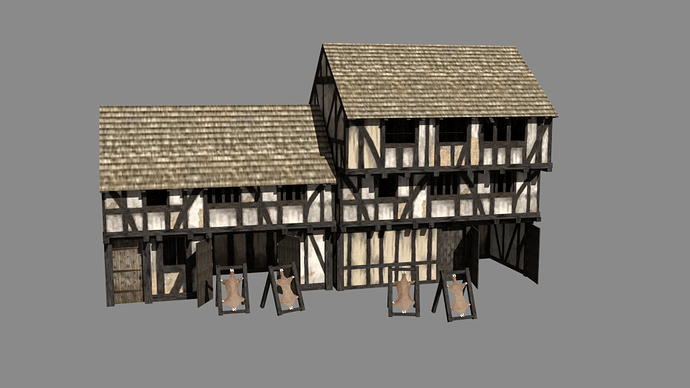 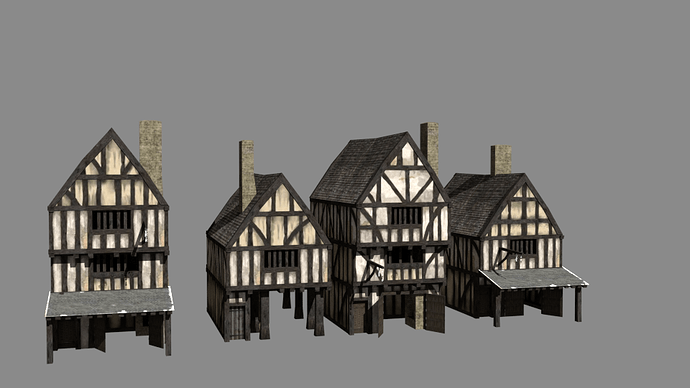 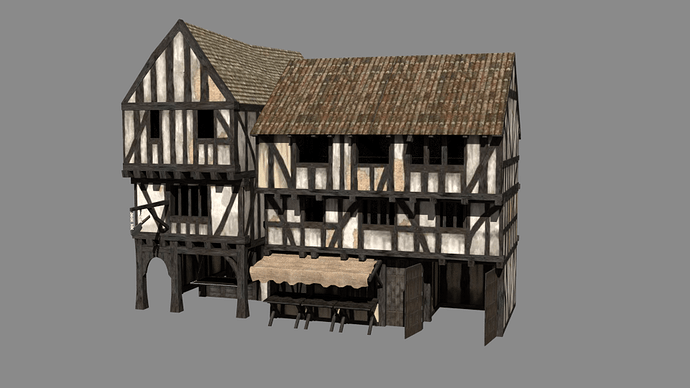 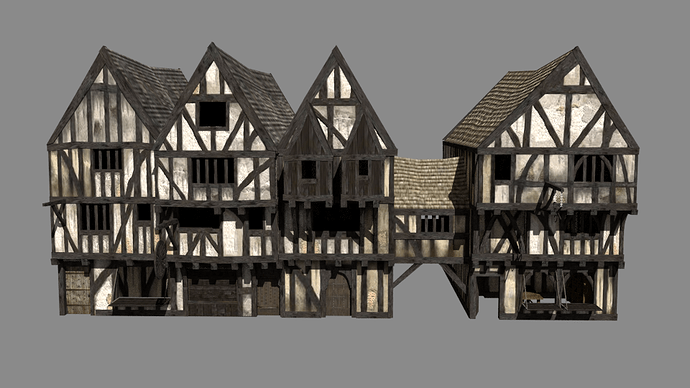 Nice, as always. If I was not yet done with my modeling for the next release, these models would surely be inspirational.

Thanks! Here’s a very little preview of the real-time player. Just about to enter the gates of the past and bring history back to life

The player will be released on Michaelmas (29 September) 2013. A presentation video will soon follow, however, we will create a post for the project alone WIP of the wooden bridge which crosses the river. The drawbridge will rest on it. Reference image: movie set of ‘World Without End’. 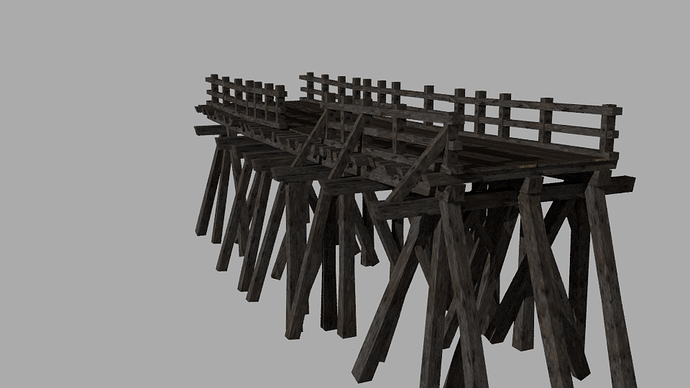 OMG it’s been such a long time x))

what’s up now for you Manorial ?

Indeed :)) hope you liked it and mebe you’ll like the Carcassonne topic

Hey guys !!! am back there :)) i used to model historical architectural thingies… just like Knightsbury i worked on with Manorial. I model and texture all with Blender and make scenes immersive with Unity3D. ( i don’t like blender GE wich is tooooo slow and not user friendly enough ) the aim of this project is to allow ppl visit the medieval city in first person view ( therefore in realtime ) and make it accessible on the web. This is the first post of a long adventure and mebe collab for…