131920×1080 1.3 MB
Hello there! I’m here to present some of my latest creations. For the past few weeks I’ve been trying to create a huge scene on Blender based on the game called “Imperivm III: great battles of Rome” which is basically a RTS from the 2000s where you have a military camp from the faction or civilization you want to play with and well… you create troops and destroy your enemy before they do same to you.

I decided to go with the roman camp, the entirety of it and I’ve made 3 buildings so far. It has been proved to be quite a challenging project and the biggest I’ve undertaken so far and I’m still concern about the workflow and approach itself. Recently I decided to redo the entire project again since I was not aware of the memory usage of the scene, which at a certain point was impossible for my Graphic card (RTX 2070) to render.

I, nonetheless, feel a little bit lost; specially when it comes to the roof tiles. I’ve tried different methods (3d, array, textures and particles) but I am not entirely happy with the results. It consumes quite a chunk of memory and I don’t get the degree of imperfection that I want to achieve. Just impossible, how do you guys deal with that?

Btw, I am open to questions and suggestions!

Here be some pictures!
So far: What is that you look in terms of roof? Do you want it to look like in a game or like in real life?
In a game your tiles have strong horizontal shadow between rows. IRL it depends on the lightning angle.
The thing you probably missed is pic related. Top row is what looks like on your work. Bottom is how that particular roof tiles works. Thx for the kind reply! What am I looking for? Realism, as much as possible, that means a little bit of imperfection, broken tiles, etc… However, I know that by the time this scene is finished roof tiles are going to be barely visible since it is just a small part of it; so I dont think I should be worrying to much about it. I don’t know.

I think I’ll try this new model as soon as I can and see how it goes. Oh. I forgot about that tile shape! Anyway the concave part from distance look like flat one. I’m not an expert in miditerranian ancient architecture, so I’m not sure if it’s accurate. But from a distance it’s not looking convincing IMO.

The way I’d try to differentiate the tiles is to create set of different tiles, then create meta sets with it like 5 patches 5x5tiles each. Or you can randomise that too. Then join, biuld the whole roof with that modules.
Next - shrinkwrap and project the whole thing to lower resolution mesh.
You can try various steps in between to randomise the color end extract it via baking for shading. The wrapped mesh can be shaded easily with procedural approach which should break remaining repeating patterns of tiles. You can add AO or pointiness in shader to boost the depth of the tiles.

all this is nice work

Thanks for this work !

EDIT: long time ago i made slate tiles roofing introducing imperfections…
I made a timelapse for this. you can get the result there: Carcassonne texture and material works

and here’s the vid: 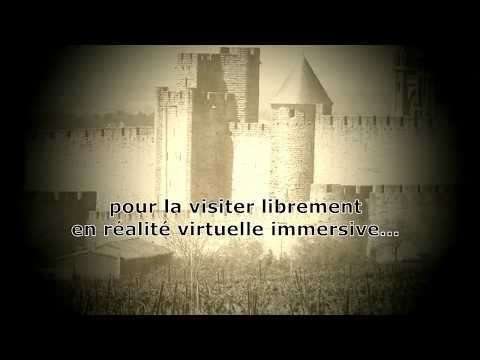 Hope this can help

thx for your interest! much appreciated.

And thx as well for the linka and reference, I will take a look at your work and see if there is something useful for mine!

So, I remade the whole temple again. I dont know if I’ll do the same with the Arena and the military barracks, but the new model is much cleaner. And I also started with the forge which is a relatively easy building to make, being the oven the most interesting part of it (see images below). Here I followed a curve-bezier approach to make those stone-looking patterns (see image)

(pls notice that the 3D model is not quite exactly as shown in the reference, specially when ti goes down to the vegetation. I find quite dificult to recreaty Ivy in a horizontal way) I had an epiphany when I was looking at the roof of the forge and I realised that I bought (not so long ago…) a 3D asset from the Unity Store. You might be familiar with the Rome Fantasy Pack (it’s roughly 80€) but it comes with great and unique content. I decided to look at the roof tiles and modules that it had within the fbx files and eureka, I just found what I was looking for, and exactly what @silex sugested in a previous post.

So anyway. Here’s the picture of those modules from Unity I exported those models into Blender and well, the mesh had a little bit of triangulation so I remade it. Picture 1 shows the mesh without triangulation, the picture nº 2 with triangulation. Ha! Very nice. I don’t have experience with game assets, but that looks pretty good from a distance. I’d edit baked maps to make my own variations.

Ok, the forge is complete, pretty happy with the final result Here is the new building. I am taking my time with this one hahahaha good thing I’ve improved on efficiency and modeling

here be a picture of it, happy blender I dont have to say that much. Texturing process and a little bit of substance painter. Here is the scene with the last 3 buildings that I recently made. There is only 1 left plus the walls of the camp I’m modelling the arena again so I can save more memory and be more efficient in the process of texturing. I am not completely happy with the way it’s going but… it’s all a matter of patience. This new model is closer to the original reference which, in turn, have helped me to save some polygons. Simpler if I may. I spent a little bit more time than usual and I am almost done with the entirety of the structures. The Forum Romanun needs some textures and the wall is yet to be made, but apart from that, the project is almost done. Walls are almost finished! at least one of the modules, gotta build the gates and the terrain we will call it a day!

here’s a closer look of the walls

I’m pretty satisfied with this one! Rally love the arena and Forum

Ok, big roman camp completely made. Now I gotta model the terrain and add some pavement, roads, vegetation, trees and whatnot…

let’s see how it goes…

Here you have some renders: