I thought I use the weekend to learn some blender. Unfortunately I have some trouble with shading. Maybe someone can explain it to me. I added some loops and a Simple Deform modifier to the standard cube. 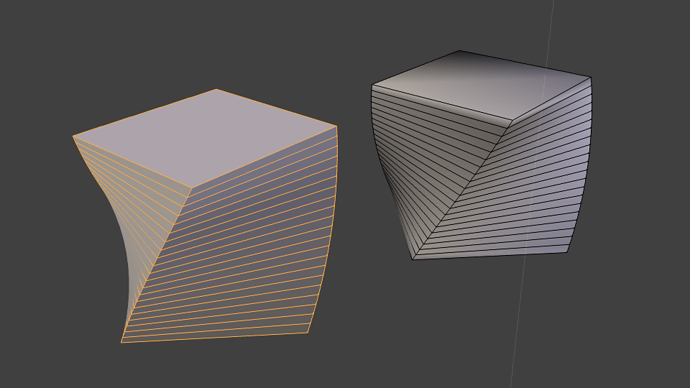 The rendered image looks somehow weird. See the picture below! 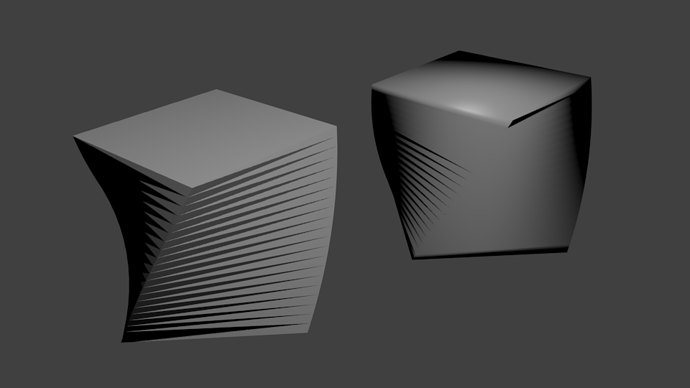 The first cube is with flat the second one with smooth shading applied. Using the openGL renderer I get the result I expected. 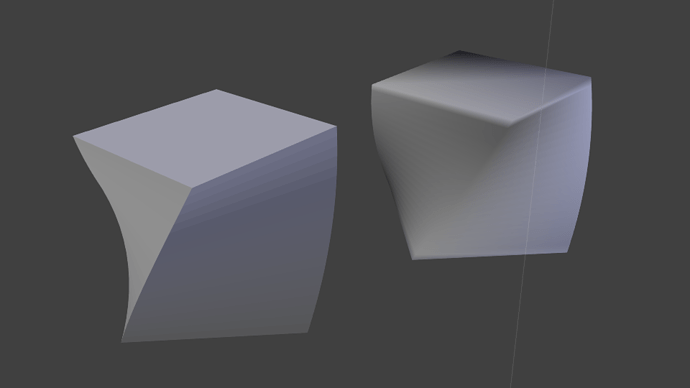 Is it known issue or normal behavior? I already tried to set auto smoothing groups, recalculated normals outside and removed doubles, which did not change anything.

Polygons are drawn as triangles on the screen and that’s how they’re rendered too. Triangles are great for that because they are always planar. It means that no matter how you arrange three vertices in a triangle, the face between them is always flat.
Quadrilaterals and n-gons can be non-planar. If you move a vertex out of alignment in a quad or n-gon, you get a face that is deformed without having an actual edge on the fold. Those are then triangulated for drawing it on the screen and for rendering, and you can end up with triangulated shading when the lights don’t hide it. You’re not in control of the triangulation either - it might not get a new edge where the fold happens. 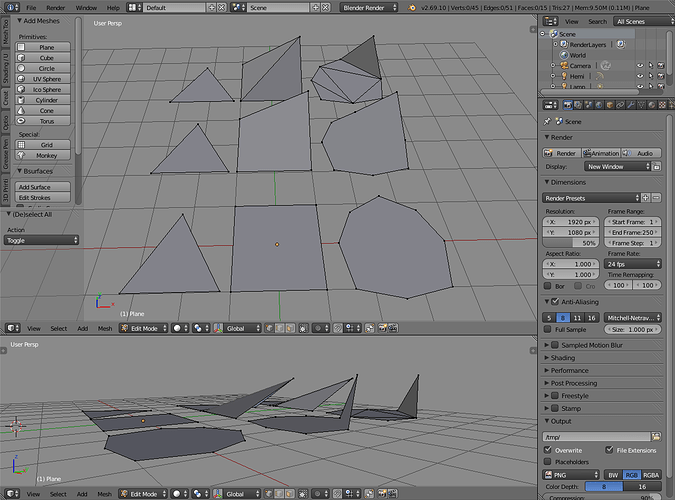 The solution is to add more geometry to the shape so that you don’t get non-planar polygons, or even if you do, the angle between polygons after triangulation is so small it doesn’t result to unwanted shading. 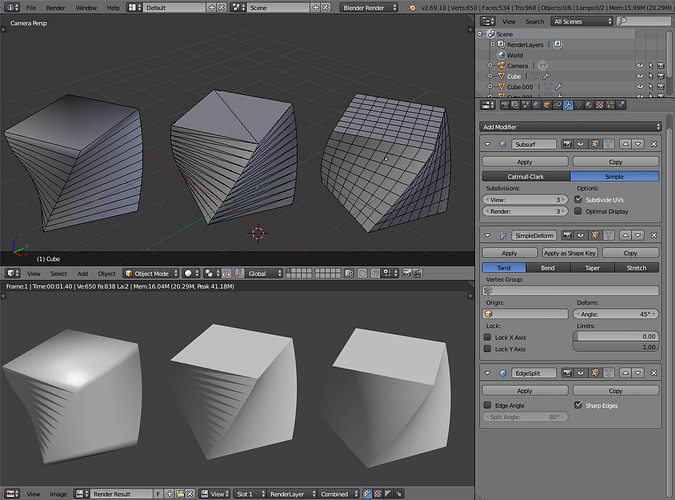 Viewport and rendered versions, from left:
Anormal shadow smooth
Non-Coplanar quads, avoid?
How to get rid of wrinkles?
What about non-flat planes in modeling?
"Black dots" in Blender?
UV Problem with ngons
3D printing an object with a hole in it
thomesh (thomesh) April 25, 2018, 4:44pm #3

Thank you JA12 for that detailed explanation. I think I understand the problem now… and great you added the solution!