In the wake of the very successful Sculpt mode thread, I decided to open a Grease Pencil thread.

Grease Pencil is a particular type of Blender object that allow you to draw in the 3D space. Can be use to make traditional 2D animation, cut-out animation, motion graphics or use it as storyboard tool among other things.

This page has all the fundamental resources and tutorials to get you started: 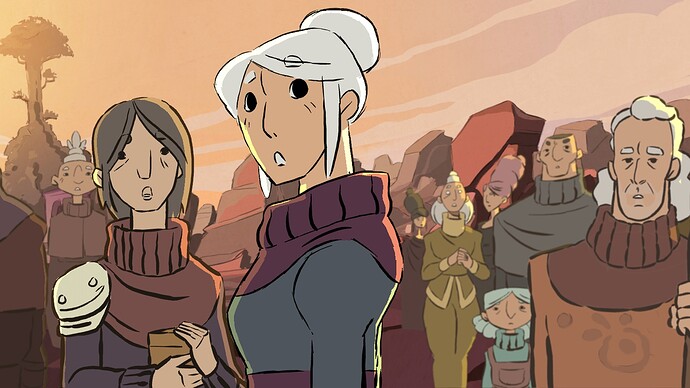 Welcome to your one stop for all things Grease Pencil! Here you will find everything you need from links to training, samples .blend files, and …

For working with Grease Pencil and the 3d Cursor, check out Spitfire Storyboards’ tutorial:

Resources
For brushes, you may consider getting these packs:

Here’s the Grease Pencil developer’s proposal for a major refactor of the code.

There’s now a new workflow improvement for Grease Pencil, which allows you to sketch objects as GP objects first before creating the actual mesh object. This is possible using the Replace object by active object addon:

I am happy to announce my first contribution to a Blender addon in terms of coding. Thanks to @Gorgious for creating the operator! This addon allows you to replace Mesh objects with Grease Pencil objects and vice versa, but also works for Mesh>Mesh or GP> GP. This is something that Blender does not allow by default. Select the objects you want to replace and then select the object you want to replace them with. There’s an option to delete the selected objects in the redo last panel. [enter im…

There was a big Grease Pencil thread during 2.8 development.

But after releasing of tools in an official release, Grease Pencil users stopped to follow development and spend more time playing with a stable release.

Most of basics are settled, now. Reading release notes is sufficient to stay up to date.

Changing of Data Structure will have no impact visible for users until new tools based on new abilities are developed, in several months.
Currently, most of improvements, done in dedicated branches are about Line Art modifier (that is interesting a niche of people mixing 2D and 3D).
Yiming Wu is working on generating GP Strokes as contours of shadows, cast by 3D objects.

So, that is probably a little bit too soon to try to create such thread.

But if you want to talk about recent development, Antonio added naming of a GP Layer at GP layer creation, yesterday.

Grease Pencil layers have been added to the main dope sheet. The code just landed in master.

what every 2d animation program has , are instanced keyframes , so you can change the drawing in one keyframe and it updates all the frames its used in…

thank the lord too!