This addon is a set of tools for curves. Its located at 3d View Tools (T Key) and it contains the following:

-Select objects by the order they were selected.

You can make use of this functionality by using this code:

*Driven Loft between curves:
-Cyclics are not supported yet.
-Supports Linear, Cubic and Hermite interpolations. Catmull is included but isnt right.

*Birail between 3 curves:
-The order in which we select the curves and its direction its important to make this work right.
-First select the profile and then the 2 paths to create the birail.

*Modify Nurbs Weights.
-The panel appears if we are on edit mode and select a nurbs spline. Object data section.
Example video

*Subdivide or cut curves
Example video Im working on more functions right now so this isnt finished yet. Ill let you know when i got more of them.

-It may raise some errors on specific situations at the moment but im working on it.

Some known bugs are:
-If the mesh its driven you “cant” change the mesh’s name. If its so, the driver cant find the object to modify it.
Solve: give it the mesh the same name it had when it was created or delete the mesh and create it again.
-If you create driven meshes, save your file, quit blender and reopen it without the addon loaded it raises errors.
Solve: Open a text editor window, open the script into it and run it. Press “Update Fix”

Those are minor errors that ill fix in time.

Man… i think you are great!

nice man, adding it to my build next time

This is a bomb!
Thanx Macracken!

Brilliant, thanks for this 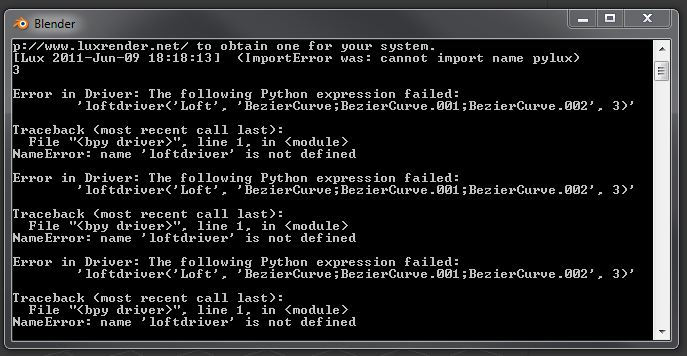 Some known bugs are:
-If the mesh its driven you “cant” change the mesh’s name. If its so, the driver cant find the object to modify it.
-If you create driven meshes, save your file, quit blender and reopen it without the addon loaded it raises errors.

Those are minor errors that ill fix in time.

Thanks you very much for the comments and feedback, really appreciated.

Sure, why not? But i must say that it isnt finished yet.
Cheers.

Hai, is it possible birail by 4 side curves?
Thank you for your amazing script

my “doesn’t work” means: i can create the surface but cannot control it using the curves because i have the errors shown before.
this is my bug only or someone else has the same problem?
bye

Experimented with this yesterday and didn’t run into such an issue. Perhaps attach a sample .blend, will see if it does the same here?

Everything works great but icant get it interactive ;(

I didnt notice about that error, ill fix it asap.

@swathi yes, TrumanBlending created one birail with 4 curves, ill adapt part of his code to do the function.
Im also working on merge spline points.Ill release it soon.

Ok after some tests ive found that this script “Cannot be loaded as an addon”.
Well have to run it by a text editor window in order to update bpy.app.driver_namespace
Ive posted a new version with a “fix” operator to ensure that the script still works in saved blend files.

Well have to run it by a text editor window in order to update bpy.app.driver_namespace
A simple way to solve this is to check the Register check box in the script window. Then it will be run when the Blend is loaded and the name space will be available. This is how my frameChange updater works.

Thanks for the tip Atom. That will help.
Ive just released the merge spline tool and a demo video. It only works with beziers but ill update the code to use this with nurbs path.
Check it out.

sooo useful! and well executed. Thanks for creating and sharing!
Hope this gets into trunk soon!

Ahahah, I had to watch the video to understand that “mergue” stands for “merge”.

Thanks Mackraken, this add-on keeps growing better and better!