I finally bit the bullet and decided i was going to actually go through all the steps to make a character for animation, so here’s the project! I started this character about a year ago on my macbook. At that point I could only get up to a few hundred-thousand polys before my computer would lag, so I was only able to do the base sculpt. I’ve since upgraded my computer, so I figured I’d pick up the project where I left off. I’ve been working on countless projects without much direction other than to push my understanding of blender for the ultimate goal of making an animated short. It feels nice to be making more organized progress.

I think I started working on him again about two weeks ago. First, refining the sculpt.

Here’s the first file from about a year ago: Then improving it on my new workstation: Then I finally got around to learning the basic retopology workflow and came up with this: I added a multiresolution modifier to my low poly mesh and added a shrink wrap modifier afterwards to get the details added into the high res version of my low poly. Then I applied the shrinkwrap. I ended up having to add some extra geometry to the creases on the tail so the shrinkwrap would perform correctly… Once that was all sorted out I baked an 8K normal map from the sculpt onto the lowpoly. This project also pushed me to learn about rigging, which I’d been putting off until now… I worked for about two days, watching tutorials, and piecing this together bit by bit. Then played around with some poses : I did all the texturing with blender’s texture paint tools. It gets pretty laggy, but it’s really nice to be able to paint straight on the mesh. I did a pretty messy job, but I just wanted to get a feel for what was going to look nice. Played around with nodes and totally switched up the colors. I love how you can start with one image texture and modify it in so many interesting ways with nodes. I really liked the effect of plugging the image texture into the metalic input. Played with animating an armature for the first time with this project too. I used to do lots of stop motion as a kid, so it was really nostalgic for me working on animating creatures again. I tried to work with the wiggle bones addon, but had some issues. I ended up somehow deleting all of the keyframes for my armature and wasn’t able to edit the wiggle simulation, but even with everything broken, I was able to render this. I guess wigglebones cached the keyframes some other way when it was baked… I don’t know how it works I’ll have to work with it more. I worked on the animation all Saturday afternoon and rendered this all night on Sunday with my RTX 2080. Thanks for checking out this project! let me know if you have any questions or want more clarity about any step of the process.

Nice work, very realistic. It does show what RTX can do if you can deal with the limitations.

The only thing to note is why you went with very large resolution textures rather than UDIM. I know Multires baking is not in a completed state yet, but it would’ve been perfectly doable for the colormap.

I wanted to try Using UDIMs, but I’ve never worked with them before. Most of the processes (other than sculpting and playing with materials) involved in this project are very new to me, so I know I could improve functionality and efficiency in almost all areas. I’ll definitely be trying UDIMs on upcoming projects and maybe even update this guy’s maps once I know what I’m doing.

I thought I’d show a sneak peak of what I’ve been working on for the scene. 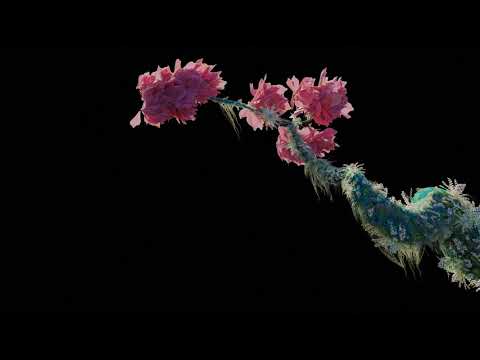 Hi Sol!
The flowers and tip of the branch looks great! But with the wind like that at least the base of the branch should give some minimal movement. That’s what i felt!
Hope after you tweaking few things here will settle the dynamism!
Cheers!

nice concept and execution,keep it up

How did you get the things coming off the head to bounce when it moves its head? Did you animate that by hand?

Thanks! I’m glad you appreciate it!

Hi Sol!
The flowers and tip of the branch looks great! But with the wind like that at least the base of the branch should give some minimal movement. That’s what i felt!
Hope after you tweaking few things here will settle the dynamism!
Cheers!

I’ll play around with the pysics sims when I have some more free time.

Thank you, Brian! The process of learning blender has been very rewarding. I’m excited to see what you’ve done with your procedural eye generator since you last posted!

nice concept and execution,keep it up

I really appreciate the encouragement!

How did you get the things coming off the head to bounce when it moves its head? Did you animate that by hand?

I used the wiggle bones addon. I couldn’t figure out how to delete the baked simulation after i altered the animation, so it is out of synch, but it’s a nice addon. I’m sure there’s a way to fix that problem, I just don’t have time to look into it at the moment.

Thank you! I love knowing that other’s appreciate my work.

I’m so glad you like it! I haven’t had much time to work in blender the last two months, but I do now! I played around with the cloth simulator and made this video the other day. 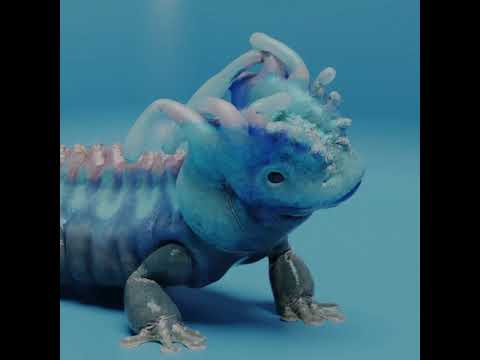 This is sooo cool! Love it!!!
More please…

Does he/she/it have a name? A real cutey That looks so good! Cant wait when you combine him with the tree physics!

Is the blow up geko made with cloth pressure or did you used something else?

Does he/she/it have a name? A real cutey

Someone called him Bluey once. I like that one.

That looks so good! Cant wait when you combine him with the tree physics!

Is the blow up geko made with cloth pressure or did you used something else?

Thanks! Yeah, I’m excited to see where this project goes. Hopefully I’ll have some more time to work on it soon. I haven’t been able to find much between working and taking care of my pregnant wife and kid!

Yeah, the blow up gecko was done using blender’s cloth physics. Can’t wait to play with that more!