Hello dear sculptors, modelers, concept artists, animators and all! Here is BSpheres Addon for Blender inspired by spheres tools by ZBrush and 3DCoat. Easy to use and a very powerful tool which brings artist’s ideas to life. A nice addition for doing concepts and searches of forms. Possibility to create shapes an then animate them. A very helpful tool to make base shapes of characters, creature and anything you could imagine for sculpting, prototyping and animation. 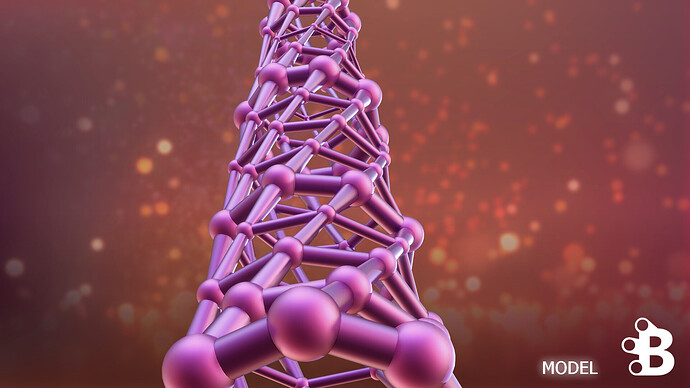 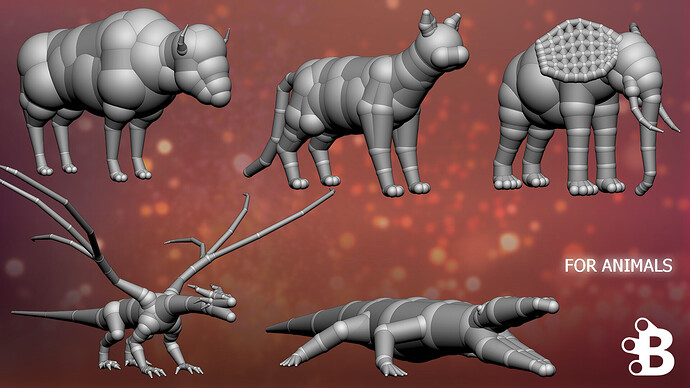 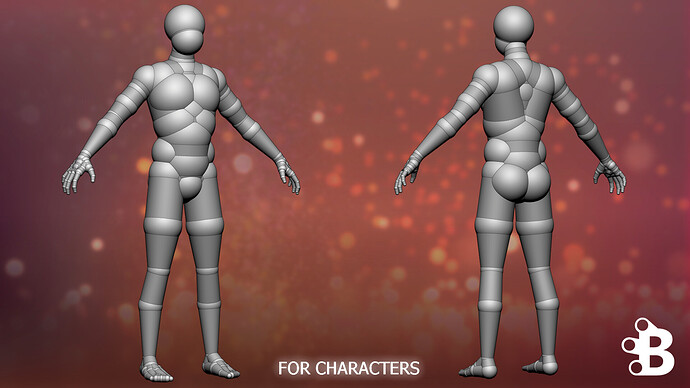 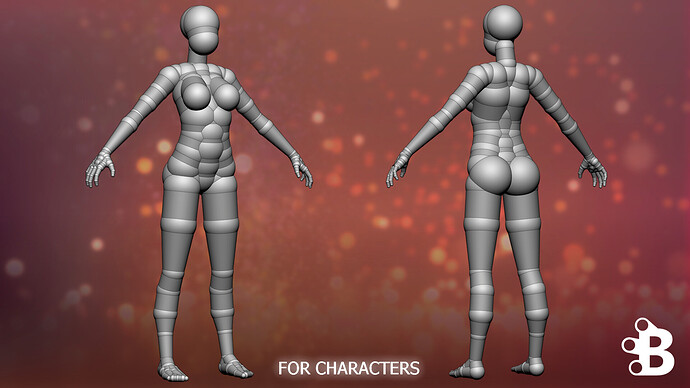 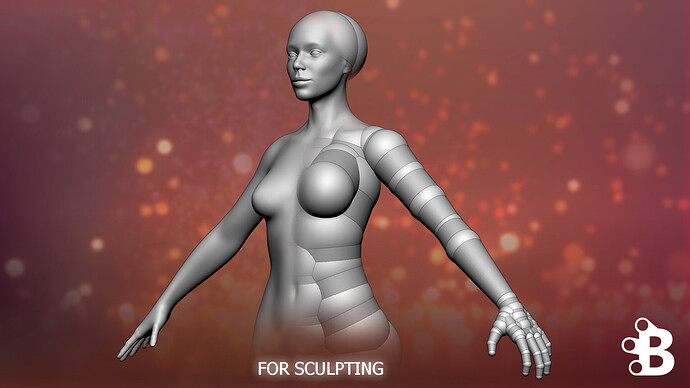 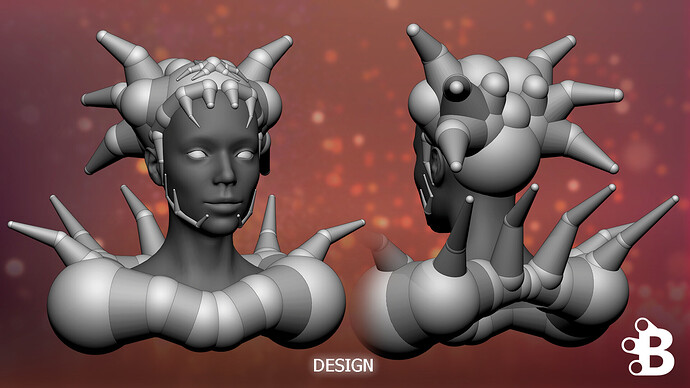 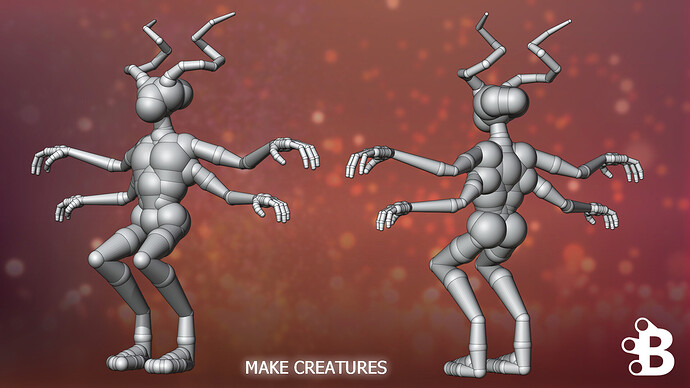 Known bugs:
There is a bug in Blender (Undo/Redo). https://developer.blender.org/T87223
I hope blender developers will fix it in 2.93.
Just be careful with Undo/Redo. Blender can crash. Apologies for such an issue.

Please, don’t use parameters as it will create a crash: 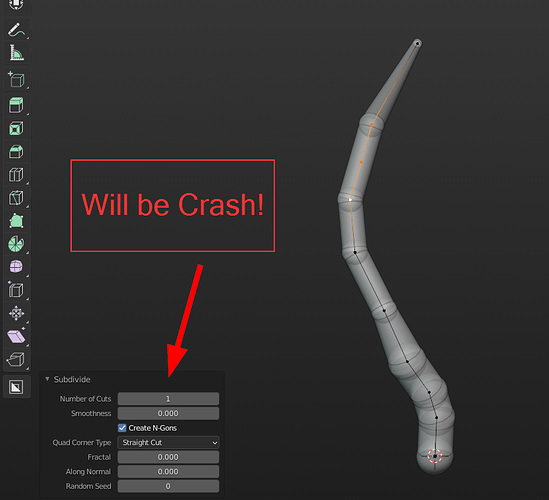 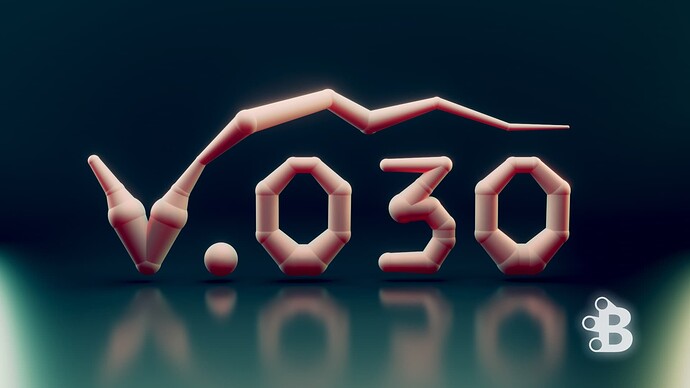 Can you extrude in the sphere form before you remesh ?

Yes, thank you. ) I have just released it.

Np i was using skin before to replace the zbrush workflow but It just never worked the same using it right now!

Would it be possible to add right click to cancel the resize action ?

Yes. Right now it’s leftClick.
I could add it to the next release.

So using proportional edit tool desyncs everything and you need to reslect the verts to resync im guessing the operations are done based on selection ?

Cool. I’ve been waiting for something like this. I’ll buy it hopefully soon.

So after some time using this addon i have some suggestions.

That’s all for now i guess other then a bug where everything randomly de-syncs everything has been really good so far, good addon.

Hi Lamia,
Thank you for your feedback it looks really nice. A nice todo list. Some things I can do but some things I need to research if it’s possible to do.

About proportional editing I could suggest using x-ray view (Alt+Z) for now.

Hi, this looks like you’re using the Skin modifier under the hood, turning it into an armature, and remeshing that right?
If so, any chance you could provide the option to use the Skin modifier topology as a basemesh, subdivide it with the multires and add the remeshed shape to that at a higher level (say 5)?
Even better if you could then take the Sculpts Layers from your addon, and allow people to make small adjustments to the backup skin modifier model and send those back to the multires!

This is not using a skin modifier
How it seems to work is that it takes verts and edges and maps spheres to verts and cylinder to edges and when you scale a vert it scales the sphere and uses a taper modifier on the cylinder. 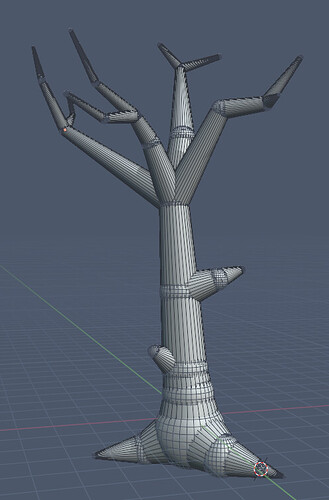 Yeah, as it was said above this is not armature/skin modifier 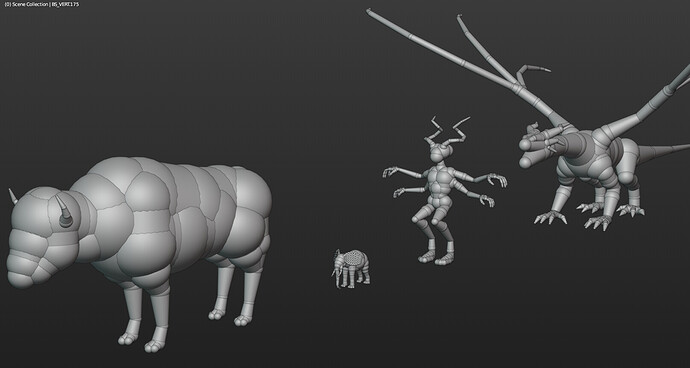 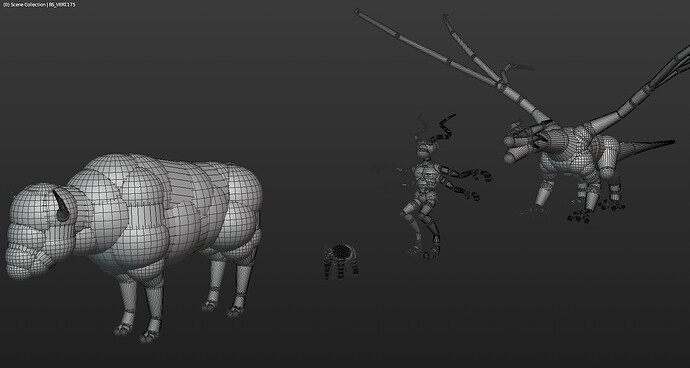 Ah, I’m sorry, I totally skipped over that. Shame, but understandable. The results look quite nice anyway!

I can’t get this to work. The menu in the n-panel is empty. Searching for the Create Bspheres operator doesn’t find it. Happens both with 2.92 and 2.93 alpha, even after loading factory settings.

I’ve checked the console and there are no Bspheres related errors in there.

Either something’s wrong or I’m blind as a bat.

Did you go to edit mode? SFamily tab.