The Creative Bundle is a collection of 3 add-ons: Ice Tools, Cuber and Dyntopo Plus. They are designed to make modelling go a lot faster for hard surface or organic projects.

Check it out in Gumroad.
Blender Market link is still in the works. 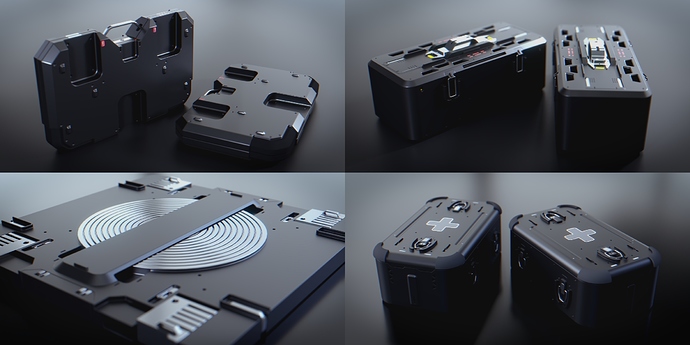 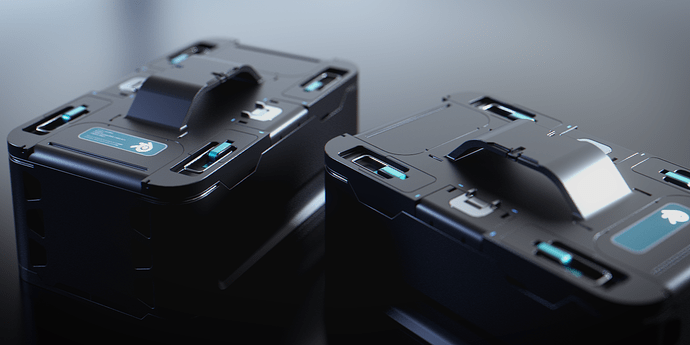 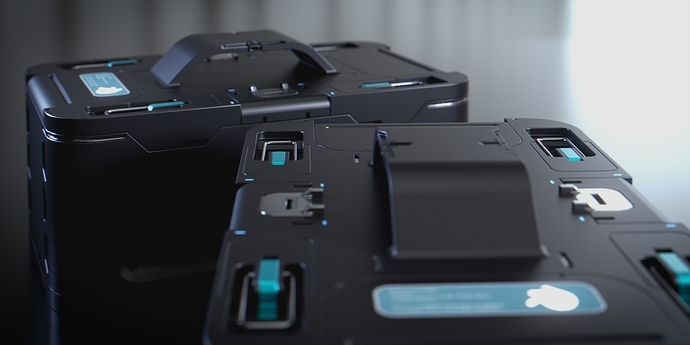 Porting progress. Track Lights and Cuber ported, on to Ice Tools and Dyntopo Plus.

Check out this Blender 2.8 scene in my Patreon with 2 panels made with the Cuber port. I’m already working on porting the rest of the add-ons.

Official Post from Blender Guppy: This is a Blender 2.8 scene with 2 sci-fi panels using Eevee render. These objects are multi-mesh, non-subd and have weighted normals for beveled edges.

have weighted normals for beveled edges.

I think I missed something about weighted normals. Is that with the Weighted Normal Modifier in Blender 2.8. Can’t find much info about that modifier I believe. How did you solve those pesky artifacts we get after smoothing object? (I do it with meshmachine, but other ways are welcome).

Update: Ah found a tutorial here… is that what you meant with weighted normals?: Blender 2.8 - Hard Surface - Weighted Normal Modifier

Yeah. The Cuber port to 2.8 will make it easier to work with Bevel mod and the WN mod. Essentially you can go as low as 1 or 2 segments and still have that rounded look in the edges, makes the viewport and render lighter. For the present 2.79 copy of the add-on, you can use the Make Weighted Normals Copy command to achieve what the WN mod does or mark sharp the edges along with the Bevel mod to get rid of shading artifacts, with the 2.8 port though you won’t need to do this anymore.

Here’s a Blender 2.8 scene with objects using the new Bevel modifier feature and the Weighted Normal modifier to achieve a rounded look on sharp edges using lower bevel segments and also get rid of shading distortions. Objects are modeled using the ported version of Cuber.

Official Post from Blender Guppy: Blender 2.8 sample scene with objects using Bevel modifiers Normal Mode along with the Weighted Normal modifier to get rid of shading distortions while using lower bevel segments to achieve the rounded look on the...

Cuber port done. That was intense. I thought it was just a couple of name changes but turned out to have most of the scripts rebuilt. Next up is Ice Tools port to 2.8 as well. 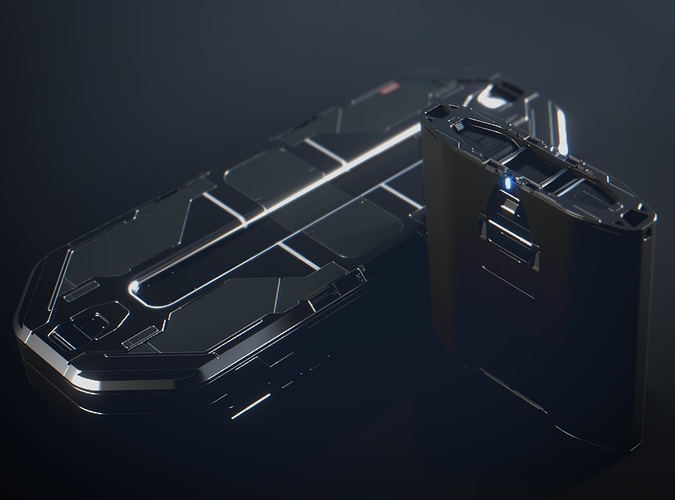 I’ve just finished optimizing the cutter code in the Cuber 2.8 port. Will work on porting Ice Tools Pro tomorrow, ported versions will have overhaul work but will maintain the original premise of their functionality.

Here is a WIP while working on the Cuber port. 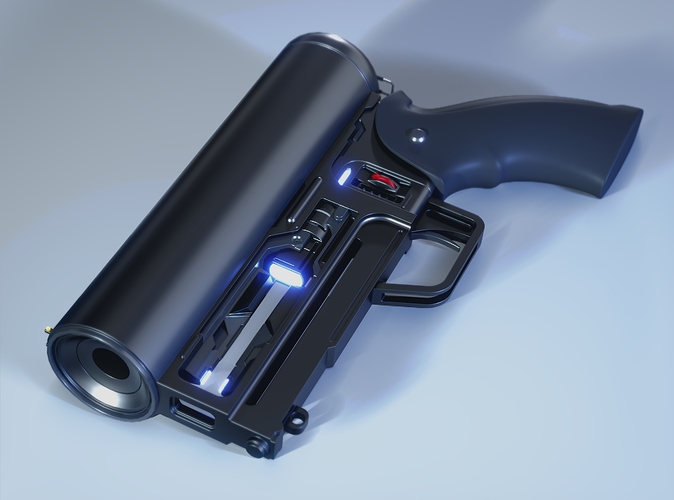 I just finished porting Cuber and optimizing most of its scripts, there are some overhaul and new functions. And category in the Tools panel is now gone, I don’t know if the devs are planning a new layout scheme here so I have to wait a few days for this. If anyone wants it, I can update the stores with the Cuber port, I’ll include the latest version number in the email it’s working on just in case.

I’ll update the stores tomorrow then. I’ll have to download and test the latest 2.8 version to see if there’s new bugs afoot.

I build blender every day. If I run into something as well I’ll let you know…

Will these tools work with this build and how do you get them to work. [Custom Build] Blender 2.79.6 Weighted Normals & Customized modifiers This build is python 3.6 Thanks iceking

I think so. The 2.79 version uses the modifiers Bevel and Boolean, and I don’t think it will clash with that build. I can’t say the same for the Make Weighted Normal function though (deprecated in 2.8 port).

Do you think it will be okay with the python 3.6 in that build? I know some of the other hard surface tools other than your own work.

For the 2.79 versions, it won’t work with python 3.6. The ported version will have the updated pythons but then it still won’t work with that build because the 2.8 environment is very different.

Decided to wait for one more 2.8 release version before releasing the add-on to the stores tomorrow. So here’s the gun’s final render. This is mostly a scripting job to optimize the draw cutters and this is the test model outcome. 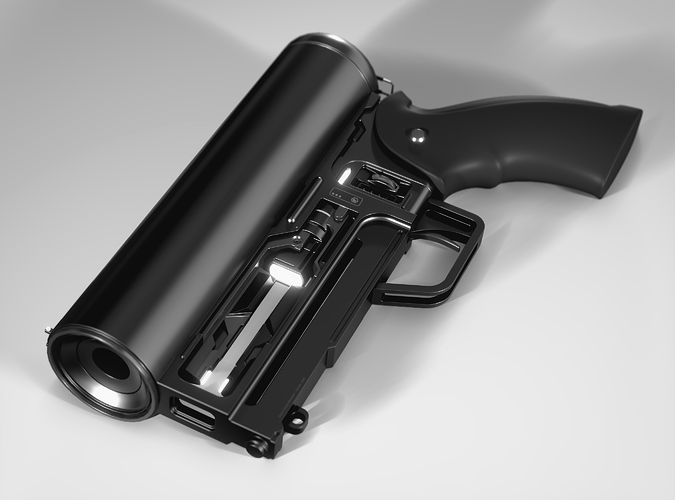