This project is a logical continuation of Geely Emgrand EC7 RV
The main idea was to leave metal parts of the body as they are and revise bumpers, headlights, taillights etc.

In the beginning I supposed that a creation of something new should be much easier than recreation of an already existing object.
But it turned out that it’s not that easy

So, here are first renders of the facelift concept. Soon I will show a creation process and a form evolution as well. Hope you like it.

P.S. The project is now finished. A final set of renders may be found here: https://blenderartists.org/t/geely-emgrand-7-2020-concept 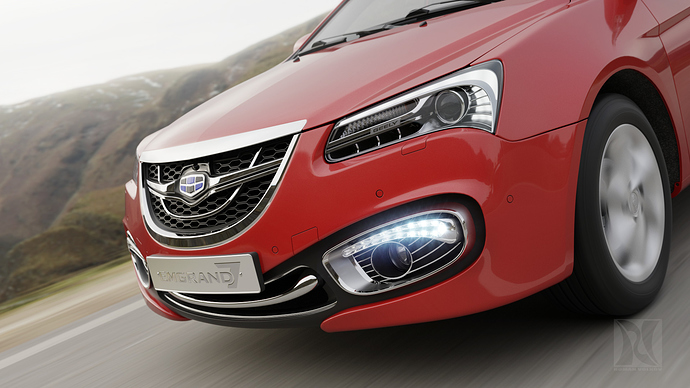 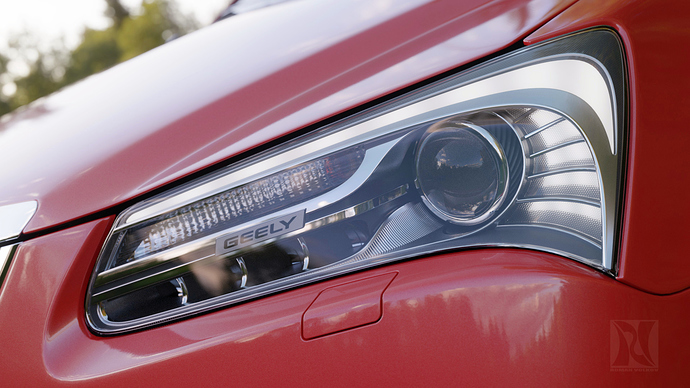 Here I will post intermediate renders of a form evolution as well as renders of a final shape.
Hope it will be interesting for you.

So the main idea was to revise non-metal parts of the car. I started from the front part.

Firstly a rough draft was made (first attempts with graphical tablet): 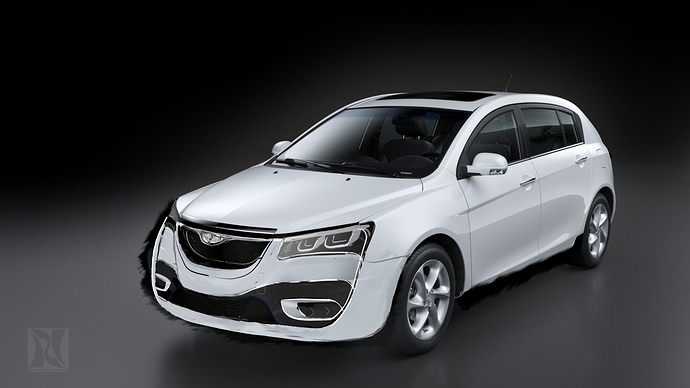 As you can see from the first post the draft and the final shape are almost different.

And here are the first bunches of intermediate renders that were made while working with the front part of the car: 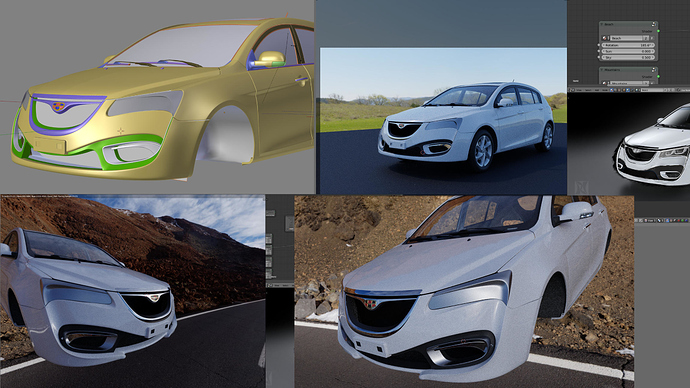 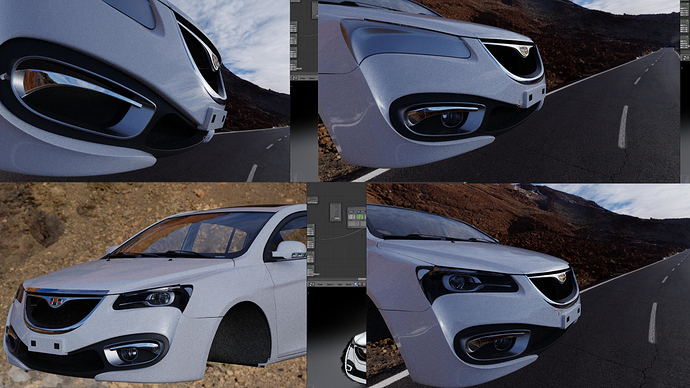 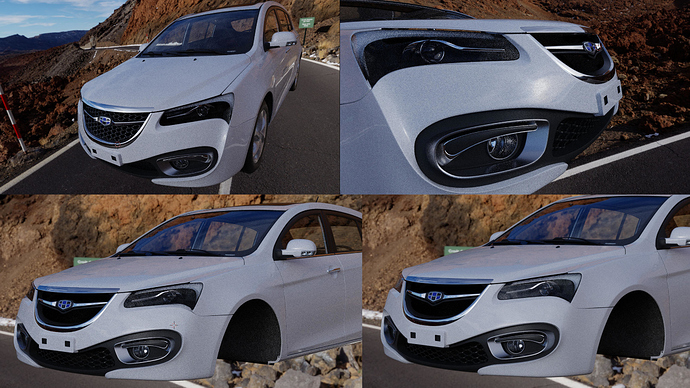 realy nice i love it…

realy nice i love it…

Here are some wireframes: 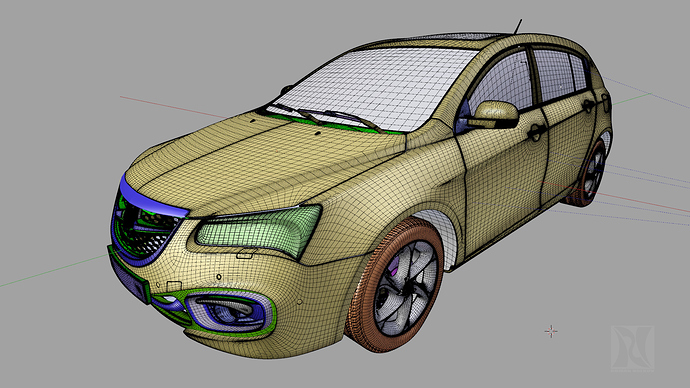 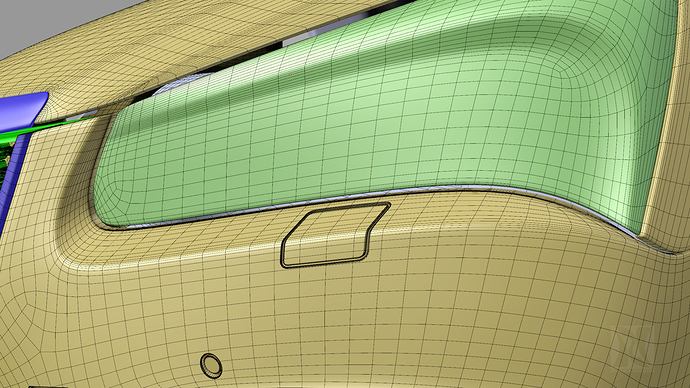 To cut the bumper I used boolean + bevel modifiers on top of subsurf modifier.

Here are the next several screenshots of a shape evolution. As you may see there were different variants of headlights. 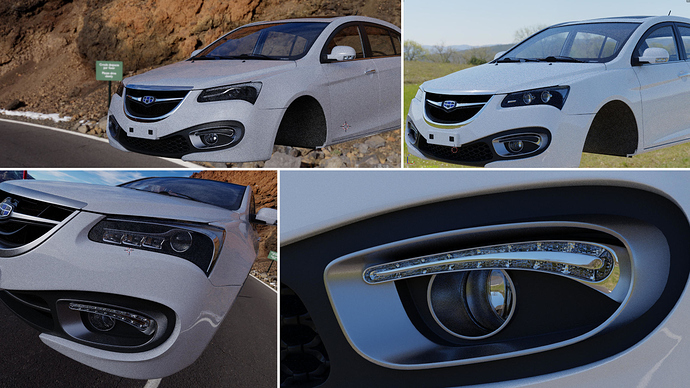 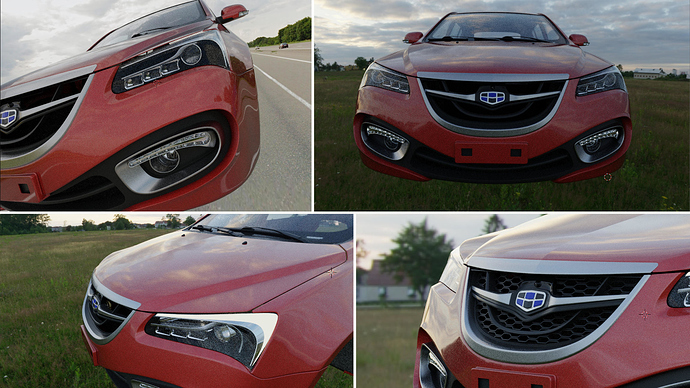 Holy sh… your headlights look great. I’d love to see a tutorial on how you make them, from modeling to texturing to material stuff…

I’d love to see a tutorial on how you make them, from modeling to texturing to material stuff…

There is always a lack of time, but maybe I’ll create some quick tutorials soon.

Here is a new bunch of shape evolution screenshots: 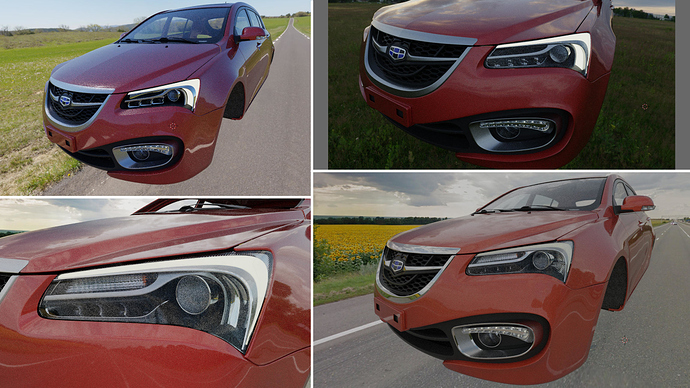 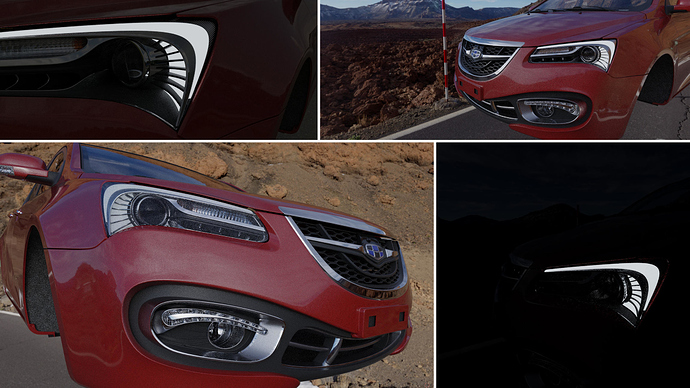 And here is a final bunch of screenshots that represents a front part modelling process. Currently I’m working on a back part of the facelift concept and hope there will be something interesting to show soon. 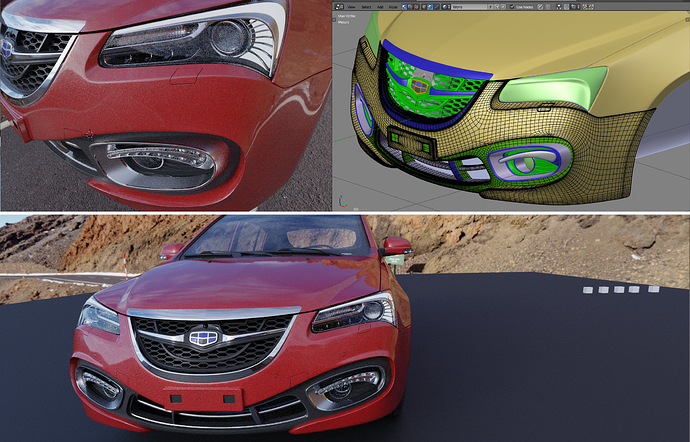 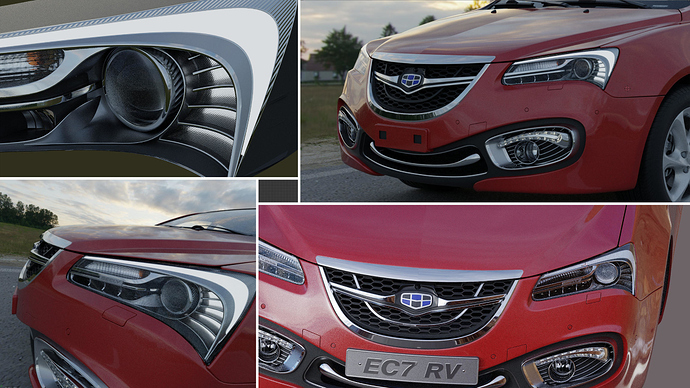 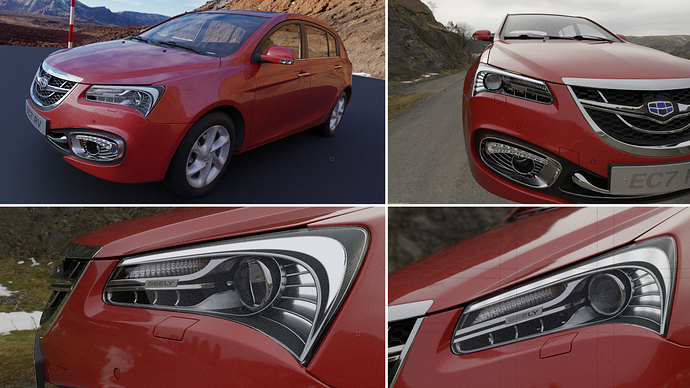 Here are some renders of a rear part of the concept: 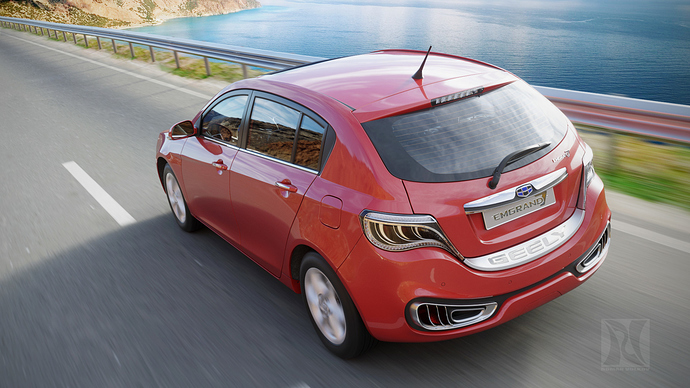 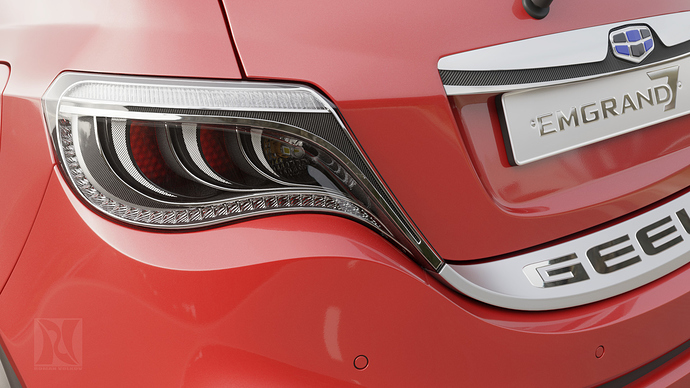 And here is a rough sketch from which a modeling started: 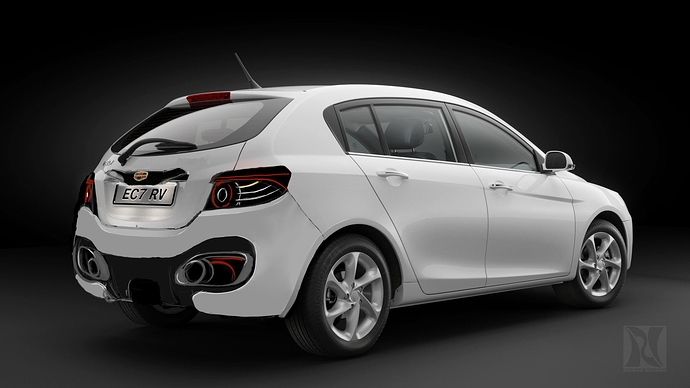 As with the front part, the sketch and the result are very different.
In several next posts I’ll show a form evolution from the sketch to the result.

So, here is a first bunch of a back part shape evolution. Different ideas were tested.
More coming soon! 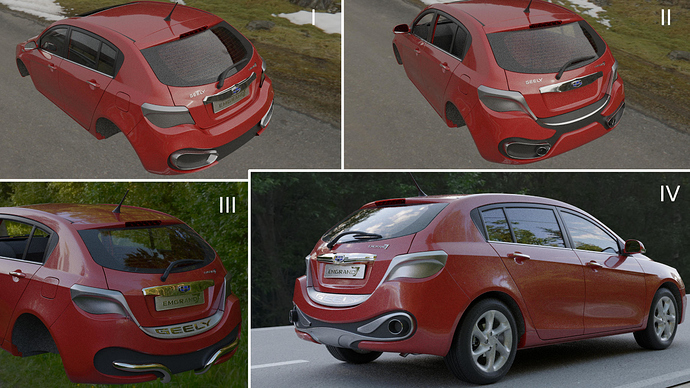 Your modeling skills are insanely good. Really great work on a complex model, and the textures are fantastic.

Here is a new bunch: 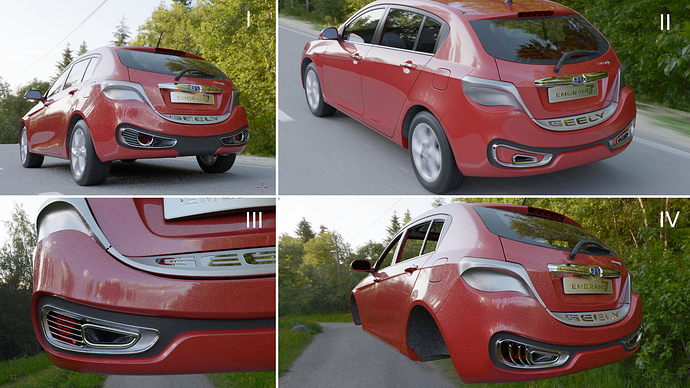 Here is an evolution of tail lights shape.
Finally I decided to use leds where possible. It should be less expensive than lasers & fiber optics. 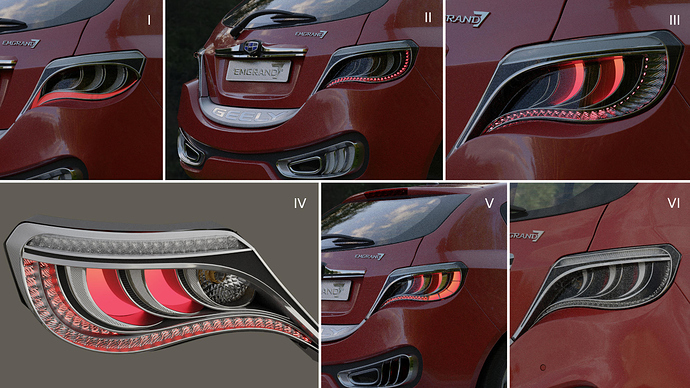 And than you meet the master!! , wow man this car look so real too me in anny way, A class stuff you show here:eyebrowlift:.