Over the years I’ve had various scripts and snippets accumulating on my hard drive. As I’ve been away from Blender for quite a while, they became forgotten, and now I’m slowly gathering them again, fixing up for 2.8x and accumulating in one add-on. Hence the name, Forgotten Tools. Which I think fits it nicely, since some of the additions you’ll find in it have been sorely missing from Blender as well.
This initial release will be small, adding a few features that I’m happy with. More additions will come in the future.

You’ll find the new tools in the side panel.

Probably the biggest one in this initial release, collecting dust on my HDD since 2014: 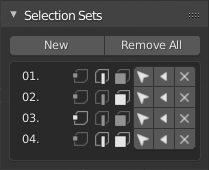 This one lets you stash your current selection in a selection set, which preserves your selection mode. Spent 30 seconds on an intricate selection only to find out that you’ll have to destroy it, because you forgot to create a custom pivot or transform orientation? Stash it, make your pivot-related selections, then recall it. It also lets you extend/subtract existing selection with the one from a set.
You can have up to 30 sets on a given mesh.
In my initial implementation, the sets were named. However, naming isn’t compatible with the current undo system in Blender. If and when the undo is fixed, I’ll allow naming of selection sets.

dice889×474 170 KB
This one cuts selection with a grid, and provides a few options on how to treat selection and how to orient the cutting grid.

hinge1009×662 281 KB
This one is a variation of the Spin tool that does some of the UI dirty laundry for you. Make a selection, make sure you have an active edge, and run the tool: it will Spin (extrude+rotate) selection around the active edge, and will even remove any resulting doubles for you!

SEPARATE DUPLICATE
One thing I find missing in the built-in Separate operator is the ability to just extract a copy of selection into another object. This tool does just that, and it preserves your current selection.

FIND SHARP EDGES
Similar to built-in Select Sharp Edges tool, which operates on all un-hidden geometry, this one lets you find edges by angle only in your current selection.

connect852×491 169 KB
A-la Max/Maya Connect tool: cut through selected edges or faces, edit number of segments and/or pinch/spread them. By default bound to ctrl+d. Non-modal for now (adjust settings in the redo panel).

grid_fill_all749×620 62.7 KB
Another button in the Forgotten panel of the side bar. Performs Grid Fill on each individual selected closed loop (so you don’t have to repeat the same thing a bunch).

straighten645×635 30.4 KB
Also a button in the Forgotten panel. Given selected loop(s), straightens them between start and end points.

Neither is redoable, meaning they don’t clog up the Repeat functionality (unlike similar built-in operators)

The UV Maps panel in object data gets two buttons at the bottom. These are to propagate currently active UV map to all selected objects, so that you don’t have to go through them one by one.

By pressing Alt+Shift+D in object mode, you create visual duplicates of your current selection. Selected objects and instances are duplicated and converted to mesh (if possible), their modifiers and any simulation state applied.

The add-on is designed for modern Blender versions (2.80+).

If you would like to support further development of this add-on and track updates, you can grab it on Gumroad: 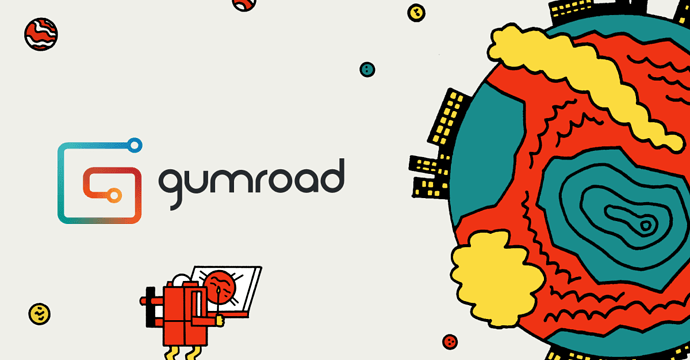 An add-on that brings various "forgotten" features into Blender.In edit mode...Store your selections for later use using Selection Sets,Dice polygons with a quad grid,Connect selected edges or polygons with multiple spread cuts,Hinge selection around...

But you can also simply get it here:

Hy Stan_Pancakes!
This very useful tools.
Thanks for sharing this.

hey @Stan_Pancakes great to see you back.

You too! Been a good long while. Thanks for keeping the other add-on alive after so many years. I still need to update that one.

Awesome work!! Would you be able to also host this on Gumroad?

Thanks! At some point, yes, but not at this time.

Than you! Very useful.

doesnt seem to work in 2.9 or im just dumb lol , i dont find the panels.

wow there seems to be some pearls here

Mostly for the multi obj UV select that i search for, for some weeks now

Hello, This does not work with the stable version of Blender 2.92 unfortunately, It gives me a traceback error when I try to install it.

I am using it with the 2.92, it does work. Could you please be more specific about the error?

works perfectly on 2.92.
you just have to install from the blender preferences->addons without unzipping the zip file

I reply to myself as i really have to say this addon is absolutely mandatory and saves me long minutes/hours of my time !

To be honest i only use the UV layers buttons for selecting same UV of multiple selected objects. For ppl like me modeling for game assets with a lot of baking, try & redo…
This lil piece of candy SHOULD be integrated in blender and hopefully ppl knowing python coding can complete blender lacks.
@Stan_Pancakes , thank you a big bunch for your work

Looking nice.
But why “forgotten tools”?

Reason for name is explained in the first post

No, sorry. I converted a script straight into a 2.8x add-on. I think you can reasonably easy backport the 0.3.0 version of Dice to 2.79, as that one isn’t even using the multi-object API.