Modo-Me add-on tries to mimick some of the interface elements and functionalities from Modo in Blender.

At the moment the main goal is to get the Modo action centers to be represented reasonably in Blender 2.79 and 2.80 via an accessible menu.

Since these two applications work with different concepts in many levels, it is not fully possible to match all such functionalities one to one, however it is possible to replicate some of the Modo’s loved usability ideas to Blender.

Up to date Features

This add-on works both in object and edit mode. 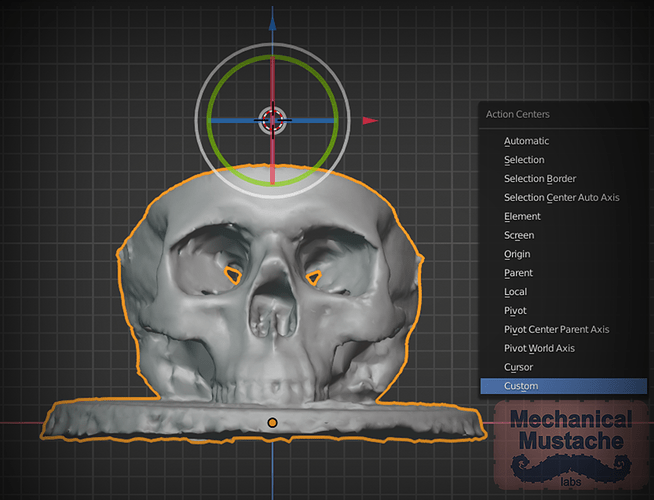 You can grab it from here
Gumroad

Who is this for? 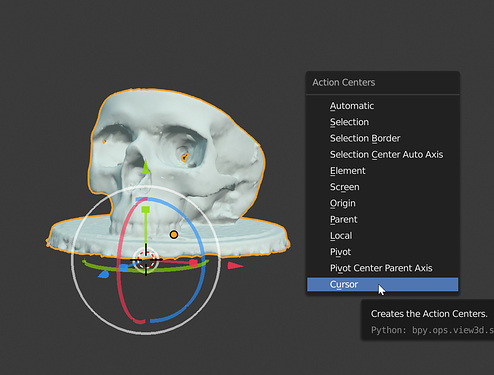 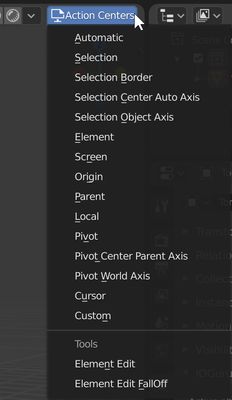 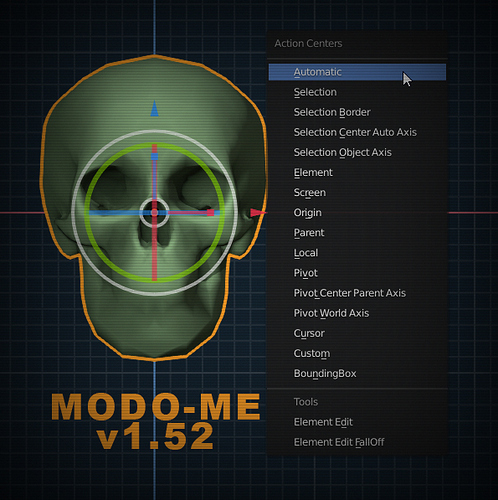 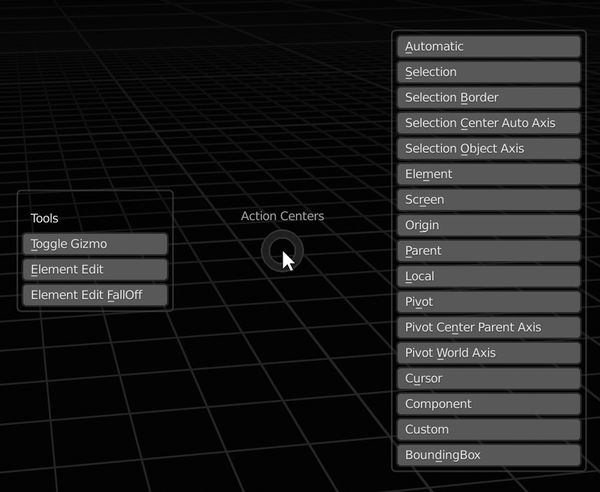 Here are some demos of 1.30 release I recommend Shift-Alt-Q as your shortcut for this menu as I found it to be very much accessible.

Put wm.call_menu_pie at the top left box in the new keymap area, once done the bottom box will open up. And paste object.modoactioncenters into the box that is on the right side (one that is with Name:)

Put wm.call_menu_pie at the top left box in the new keymap area, once done the bottom box will open up. And paste OBJECT_MT_modoactioncenters into the box that is on the right side (one that is with Name)

Once you install and assign your shortcut properly, all you do is to press your shortcut to call the menu. From there choose the functionality you want.

Sample demonstration of the addon

v1.1.GIF (with the new parent and selection modes, updated pivots)

See my other add-ons

Can you explain what this addon offers and how to use it for someone not familiar with Action Centers and their use at all?

Thanks for asking. The addon is mainly geared towards Modo expats (hence the terminology) but it is very useful for the regular Blender user as well, at least that is my take on it.

I added a sample .gif in the original post.

Basically this add-on makes setting “center” of action easier based on the original Modo’s concept. However these apps work differently so it is not easy to match all the original ideas back in Blender.

I will add more features to it and refine it more as I go. Like better edit mode and object mode differentiation for these modes. And maybe even convert it to a modal operator of its own

Thanks, that GIF is perfect.

I can see this being useful, never having used Modo but is it only gizmo based or does it(will it?) support traditional g/s/r hotkey based transformation?

Well the gizmo is there to show what is going on, also a Modo user is nobody without a gizmo

The addon does not activate the gizmo, but that is something I contemplated.

That aside, the addon sets Blender’s properties so it is compatiple with whatever tool is relying on the current pivot and the orientation stuff.

Btw forgot to mention, in some instances it also sets rotation axis, so the idea is not just the center of transformations.

2.8 offers rotation with 3d Cursor, so the addon should be able to take that into consideration whe I release the 2.8 version soon.

One last thing: I saw your post in the thread that spawned this but I think you’ve forgotten to include the gumroad link in the first post.

Wonderful is not it. I think I was unwillingly teasing. Thanks for letting me know, fixed now.

V1.1 with new updates and fixes, see the first poar for the release notes.

By the way, maybe you can add a Rhino feature I use every day:

Click on any of these arrows to popup an edit window. Enter a value to move the object or selection. 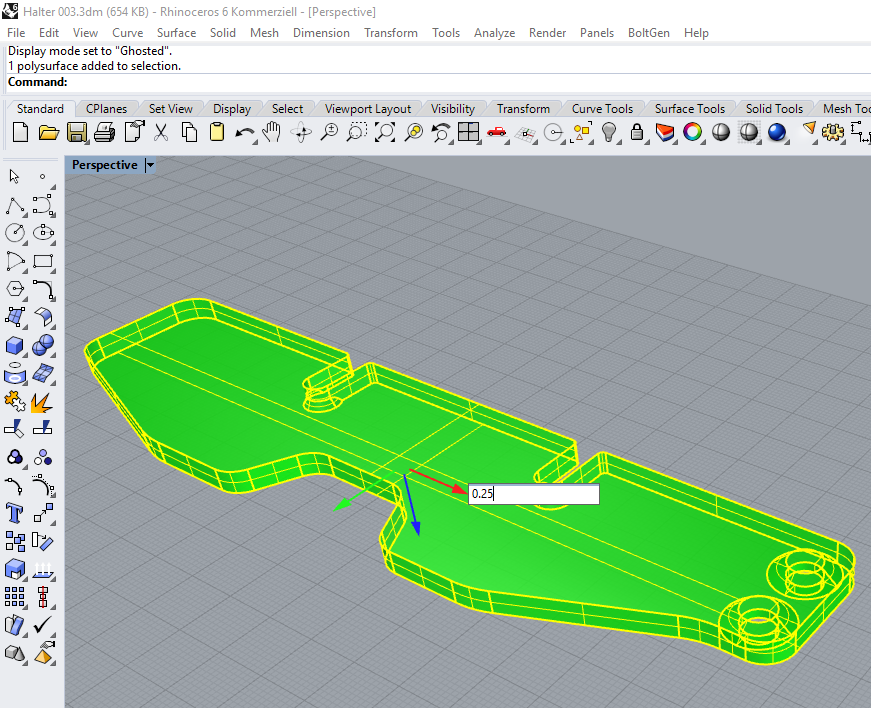 Such a function would make my work much more faster

That sounds like a good idea and why not.

Press g(r(s)) [x,y,z], and start typing some numbers, even fractions

However it is good to have a typebox for sure, I will consider it,

Sure, I actually like the idea. There could be even checkboxes for local/world/absolute/relative type thing.

If you are one of the supporters and have issues with downloading the new version, please let me know. 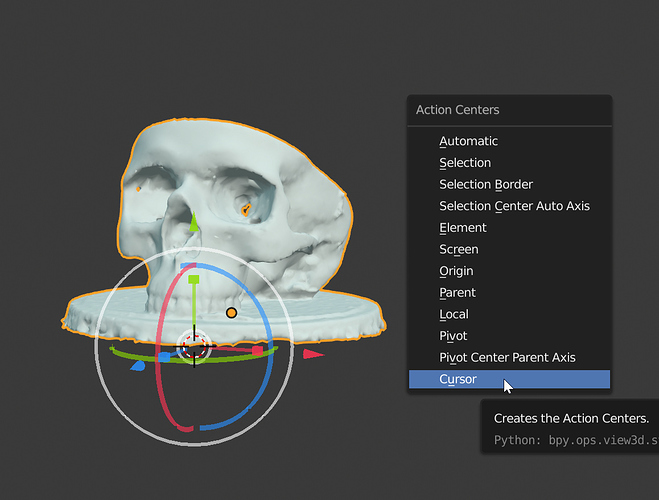 This is what blender installed via the zip file from blendermarket:

Sorry about the issue you are having. The files look fine.

You can just pm your answers, we take it from there. No worries it will work.

Edit: I was trying to avoid making separate releases for 2.79 and 2.80. I guess my solution broke fresh installs.

It works now! Thank you for the fast support!

Thank you for getting it working with 2.80! Giving it a go now

We have a new update with some internal refactoring and a new feature.

You can now enable the transform gizmos by default when any of the action centers are set from the menu. It is off by default, because that could drive regular Blender users crazy

Please treat this as beta release, and download the new files from Gumroad/Blender Market please.

This is a great addition to the Blender toolset! Greatly simplifies the orientation/pivot selection and makes this ex-modo user much more comfortable modeling in Blender. One questio: is there any difference between Selection and Element modes? I know what the difference was in Modo, but it doesn’t seem to replicate the behavior here. Thanks again for making this!

I am glad it is helpful to you. Did you also see that you can make the gizmo enabled at all times (in the add-on preferences) when you fire a mode with the add-on?

Not sure if you were able to read the add-on’s details but it is not really fully mirror Modo stuff in Blender but I am trying to make it as similar as possible. Element/selection is one of them. I will try to refine some of that stuff in the upcoming releases.